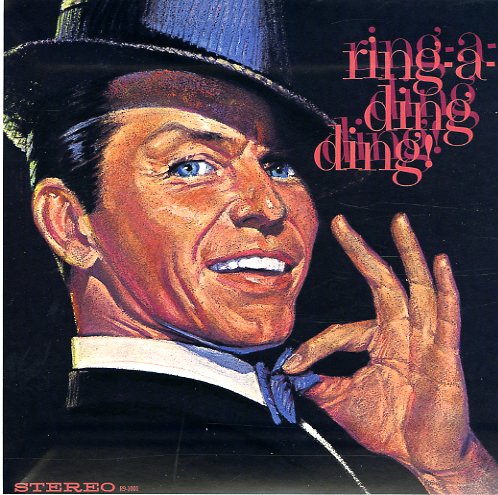 Frank's first album for his own label – Reprise catalog number 1001 (originally), a number that must have made Sinatra proud! The album's got a really swinging feel that befits the title, and which follows in the best Capitol work by Nelson Riddle. Things are very jazzy and upbeat, thanks to arrangements by Johnny Mandel – and the set list includes loads of great numbers that Frank carries off to perfection! Titles include "Ring A Ding Ding", "The Coffee Song", "Let's Face The Music & Dance", "Let's Fall In Love", "A Fine Romance", and "You & The Night & The Music". This remastered 50th Anniversary edition includes 2 bonus tracks: "Zing! Went The Strings Of My Heart", a previously unreleased "Have You Met Miss Jones" – a 10+ minutes long outtake version!  © 1996-2020, Dusty Groove, Inc.
(Out of print, punch through barcode.)