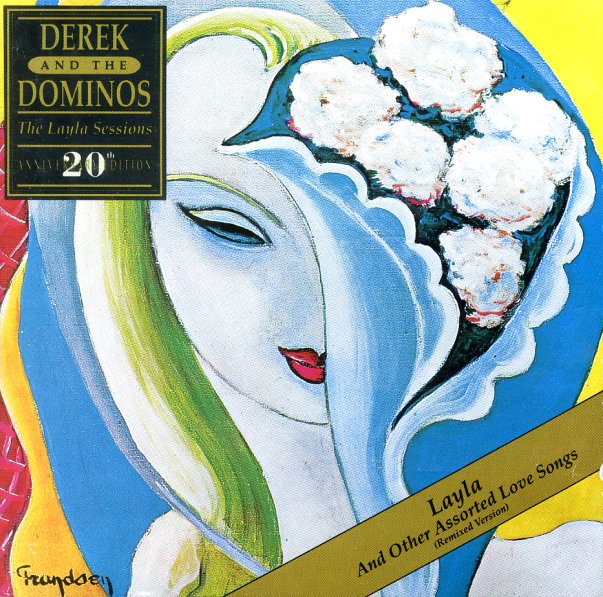 One of Eric Clapton's greatest moments – and a set that also features guitars from Duane Allman and organ from Bobby Whitlock! Recorded in Miami at Criteria Studios, this release includes 10 alternate takes, jams, and outtakes from the original sessions.  © 1996-2021, Dusty Groove, Inc.
(Out of print. Tray card has a crease.)

Layla (SACD pressing)
Polydor/Universal, 1970. Used
CD...$18.99 (LP...$19.99)
One of Eric Clapton's greatest moments – and a set that also features guitars from Duane Allman and organ from Bobby Whitlock! Recorded in Miami at Criteria Studios – and titles include "Layla", "It's Too Late", "Little Wing", "Have You Ever Loved A ... CD