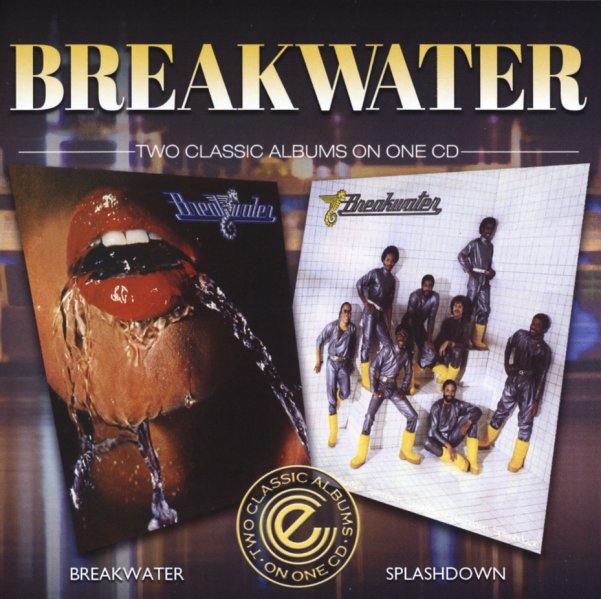 A landmark pairing of records from a group who only ever gave the world two albums – but who've gone on to have a huge influence over the years! The first album, the initial offering from Breakwater, is a masterful blend of jazzy fusion and mellower soul – a sound sifted together so perfectly, it really tops the rest of the combo's contemporaries – hitting a careful balance that never gets too cheesy or commercial, and which still manages to glow as strongly into the 21st century as it did when first released back in the day! The sound here is sublime – warm, but never sleepy – jazzy, but never cliched – and mixed in such a way that the vocals and instruments almost get center stage in the spotlight without trying to crowd one another out. Titles include the incredible "Work it Out" – worth the price of the record alone – plus "No Limit", "That's Not What We Came Here For", "Free Yourself", "Do It Till The Fluid Gets Hot", and "Feel Your Way". Splashdown has a perfect blend of jazz and soul that only a few groups in the 70s really got right – maybe Pleasure, or The Blackbyrds – and most certainly Breakwater, who were one of the reigning champions of the scene! Rhythms are often upbeat, but not in a disco or club-oriented way – and the instrumentation is tight, but never slick or smooth – always nicely funky with a nice little crackle, even on the mellow cuts – in a way that's opened up this album to new audiences for many years. This set's got a nice bit of moog that wasn't on the group's first – used almost in Mizell-like to further enhance the sound – and titles include the classics "Say You Love Me Girl", "Let Love In", "Time", and "The One In My Dreams". CD also features a bonus track – "No Limit (ext version)".  © 1996-2021, Dusty Groove, Inc.