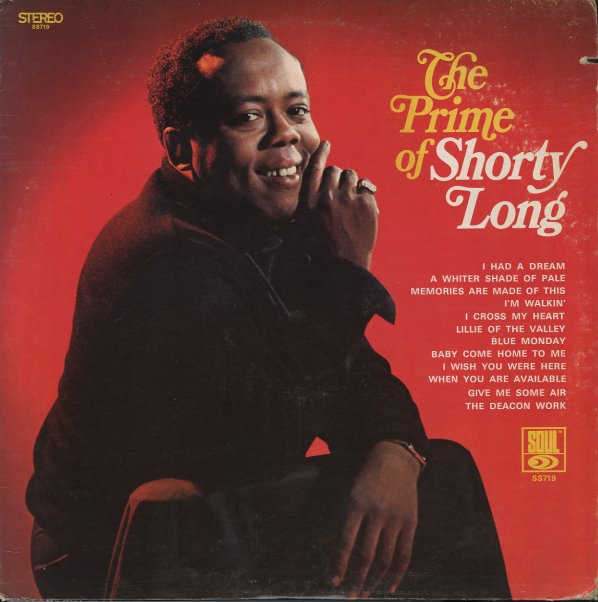 A beautiful album from Shorty Long – issued shortly after his early death from drowning at the age of 29 – and an amazing document of the mighty soul powers he would have had in years to come! There's a depth here that Shorty never had before – a sense of power and righteousness that comes through not just in the vocals, but in the construction of the songs as well – very tight, with a musical vision that shows a sense of pride and power that was never present in Long's earlier singles. Paul Riser handled the arrangements, in a way that really illustrates that cresting Motown intensity at the start of the 70s – and titles include "Whiter Shade Of Pale", "Baby Come Home To Me", "When You Are Available", "The Deacon Work", "Give Me Some Air", "I Had A Dream", and "I Wish You Were Here".  © 1996-2023, Dusty Groove, Inc.
(Cover has some surface and edge wear, a cutout hole, some staining and peeling from moisture at the bottom corner and a partially split bottom seam.)