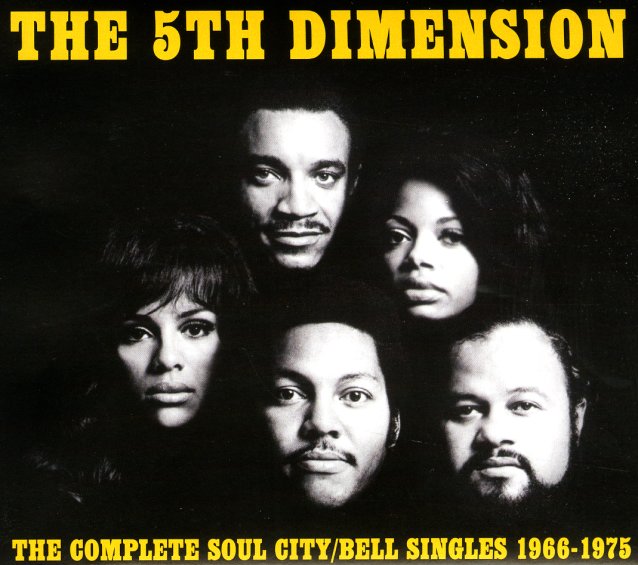 The 5th Dimension gave us some classic albums over the years, but the group also recorded a heck of a lot of singles during that time – some of which feature material that never made the full-length sets, and others that came across in slightly different versions! This huge package collects all that material, and more – and even includes some early singles from a time when the group were known as The Versatiles on the Bronco label, with early production from Willie Hutch – and some later tunes from a time when their albums were running out of steam. The set's a great revelation – like looking at this wonderful group from a fresh perspective – as the 61 tracks on the set span almost a decade of musical growth, filled with the group's groovy mix of male and female voices throughout. As you'd expect, there's plenty of notes to support the material – including dates and other information on the individual singles – and titles include "Bye Bye Baby", "Train Keep On Movin", "You're Good Enough For Me", "No Love In The Room", "Harlem", "My Song", "What Do I Need To Be Me", "The River Witch", "I Just Wanta Be Your Friend", "Viva Tirado", "The Girls' Song", "Lovin Stew", "Skinny Man", "Don't Cha Hear Me Callin To Ya", "Rosecrans Blvd", "Bobbie's Blues", "It'll Never Be The Same Again", plus lots more too – including the hits you'd expect.  © 1996-2023, Dusty Groove, Inc.