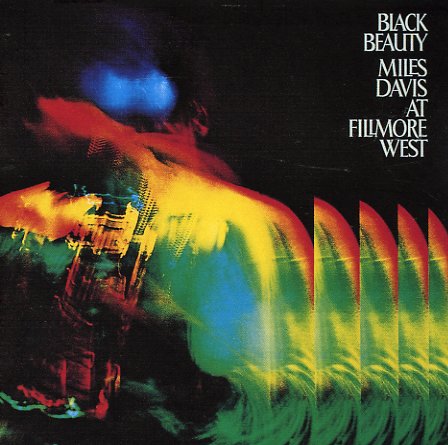 Four sides of noisy, funky, stretched-out playing from Miles Davis – recorded at the Fillmore West, but with an intensity that matches some of Miles' crazy electric recordings from Japan during the early 70s! The music is a powerful blast of music that stretches out over the double-length set of the package – with a style that moves from heavy-duty avant playing, then back to more mellow grooving, then kicks it out nice and hard again – a heavy dose of rock mixed in with the fusion, but still plenty jazzy throughout. In all, the record is probably one of the most heavy-duty that the Miles electric group recorded in the 70s – and the lineup on the set features Steve Grossman on saxes, Chick Corea on electric piano, Jack DeJohnette on drums, and Airto on percussion. Tracks include "Spanish Key", "Directions", "Masqualero", "It's About That Time", "I Fall In Love Too Easily", "Bitches Brew", "Willie Nelson", and "Sanctuary".  © 1996-2021, Dusty Groove, Inc.