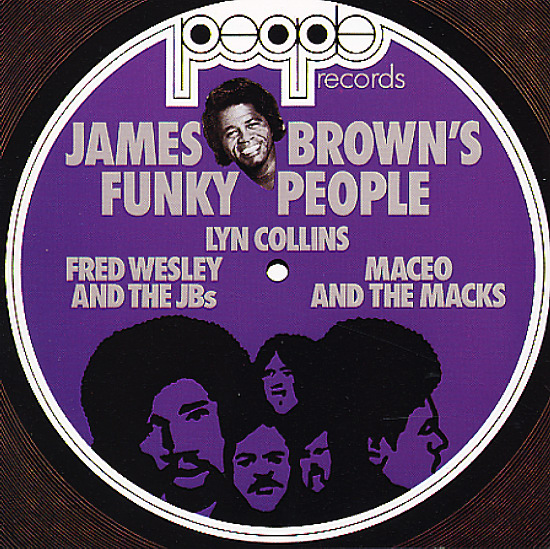 Part 1 of the legendary compilation series of James Brown Productions for his own People Records imprint – with monster tracks by The JBs, Lyn Collins, and Maceo! Now a long-established treasure trove of stone classic funky soul, it's easy to forget that the deeper legacy of the People Records roster was pretty well overshadowed by James Brown's pivotal figure for quite a few years before this hugely necessary series. It was a sampler's dream in the 80s, and it's still a listener's dream – and a vital overview of once overlooked gems! Tracks include "Same Beat" by the Fred Wesley & The JBs, "Parrty" by Maceo & The Macks, "If You Don't Get It The First Time" by Fred Wesley & The JBs, "Take Me Just As I Am" by Lyn Collins, "Rock Me Again & Again & Again & Again" by Lyn Collins, "Hot Pants Road" by The JBs, "Mama Feelgood" by Lyn Collins, "Think" by Lyn Collins, and "Gimme Some More" by The JBs!  © 1996-2022, Dusty Groove, Inc.