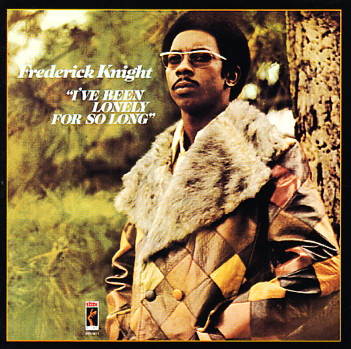 A lasting 70s classic from Frederick Knight – easily his best-remembered album, thanks to the legendary title track! The set's got a slow-burning, deeply soulful feel all the way through – one that takes Knight's high-end vocals, and backs them with some bottom-burning instrumentation that certainly owes something to the Muscle Shoals sound, but which comes off in a way that's a bit more organic, and less in the trademark style of the time. Organ features heavily on most numbers – matching Knight's vocals with a bubbling energy that cooks things up nicely – and tracks include the classic "I've Been Lonely For So Long" , plus "Trouble", "Now That I've Found You", "This Is My Song Of Love To You", "I Let Me Chance Go By", and "Your Love's All Over Me".  © 1996-2021, Dusty Groove, Inc.