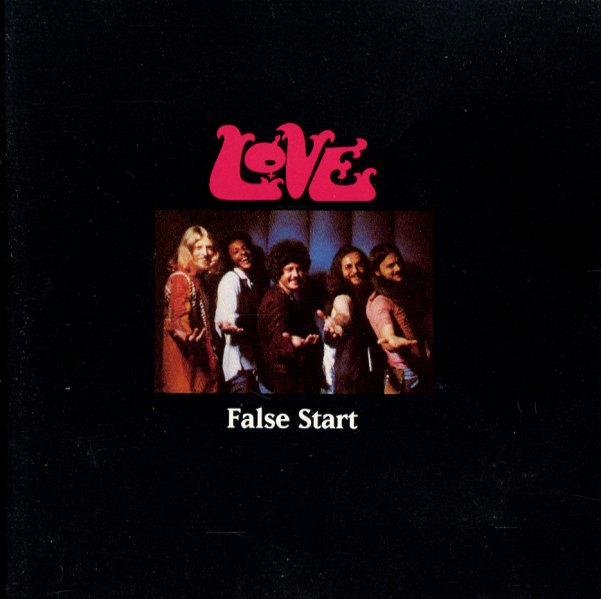 Later work from Love, and more of an Arthur Lee record than a true group effort – but still pretty nice! There's a hard rocking sound on most of the cuts – very fierce guitars, but also done with a nicely rhythmic approach that has less noodly bits than other groups of the time, and which even comes across as fairly soulful on a few tracks, too! A lot of the soul comes through in Arthur's vocals, which are wonderful, and the album is well worth a discovery. Very underappreciated, which is understandable given the grandure of Arthur Lee's earlier ouvre – but very a worthwhile record the bests most psyche era rock records! Jimi Hendrix played on one number, "The Everlasting First" and other titles include "Feel Daddy Feel Good", "Ride That Vibration", "Love Is Coming", "Slick Dick", "Stand Out", "Keep On Shining", and "Gimi A Little Break".  © 1996-2023, Dusty Groove, Inc.
(Original pressing. Cover has a tiny cutout hole, and inside gatefold and label have a light set of initials – but a great copy overall!)

Mark-Almond II
Blue Thumb, 1972. Near Mint-
LP...$2.99
A great second set from guitarist Jon Mark and reedman Johnny Almond – both musicians who'd recorded great music in the 60s on their own, and also worked famously with John Mayall – but hit a really special vibe here of their own! Titles include "The Sausalito Bay Suite", ... LP, Vinyl record album