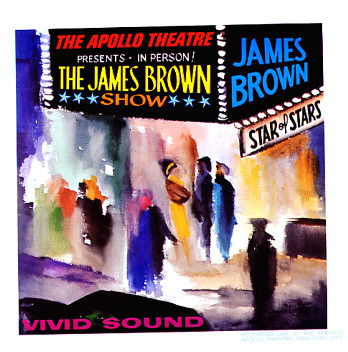 Also available
James Brown — Live At The Apollo (1962) ... CD 2.99
James Brown — Live At The Apollo (1962) (remastered & expanded) ... CD 3.99
A landmark album that forever changed the face of live recordings! As has been told and retold often, King records not only had the genius idea of bringing recording equipment into the Apollo Theater to catch James in a smoking live setting – but they also went out of their way to record and re-record the audience, creating a wonderful interplay on the record between James and the crowd. The result is the stuff of legend – and the record's filled with loads of nice tracks like "I'll Go Crazy", "Try Me", "I Don't Mind", "Lost Someone", "Think", The massive medley featuring "Please, Please, Please", "I Want You So Bad", "I Love You, Yes I Do", "Strange Things Happen", and "Night Train". This newly remastered edition features five bonus tracks/single mixes of original LP tracks!  © 1996-2022, Dusty Groove, Inc.

Lifeline (plus bonus track)
Polydor (Japan), 1977. New Copy
CD...$13.99 16.99 (LP...$9.99)
One of Roy Ayers' best-remembered albums of the 70s – a sublime blend of mellow numbers and some of his more club-oriented grooves of the time – all wrapped together with a genius that we can only describe as Ayers-like! The album's a beautiful example of the balance that Roy was ... CD