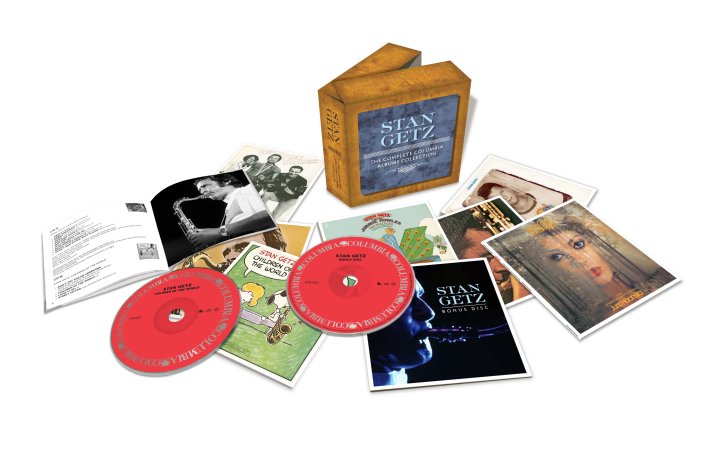 Stan Getz on Columbia Records – a period that's filled with wonderful moments and lots of surprises – all of which are on this great little set! Folks normally think "Verve" when they think of Stan Getz – but his Columbia years have some wonderful elements too – as Getz was really stretching out, and doing some amazing things with his tenor – taking on Coltrane inspirations, moving into some freer fusion modes, and even going back to some of those great Brazilian and modal styles he explored at Verve in the 60s! This package is filled with great records – a number of which haven't been on CD in the US – and also some rare bonus material too! Titles include the electric Chick Corea grooves of Captain Marvel, the bossa-revival of The Best Of Two Worlds, the soaring sounds of The Master, the Jimmy Rowles piano of The Peacocks, the soulful Another World, the gentle Children Of The World, the rare dutch soundtrack Forest Eyes, and a Bonus Disc of rare live material from 1977 at Montreux, the 1979 Havana Jam, and a Carnegie Hall Woody Herman tribute!  © 1996-2022, Dusty Groove, Inc.