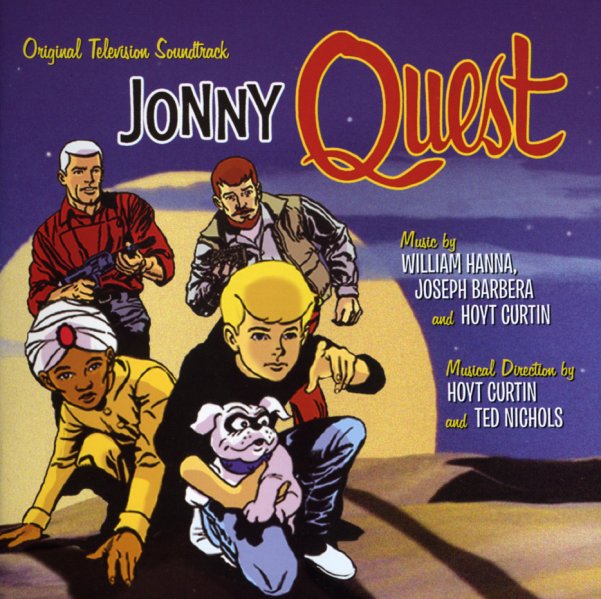 Music from an ultra-cool kid cartoon of the 60s – sounding almost better here away from the screen than it did in the TV show! The main theme of Johnny Quest has a great current of mod jazz, and there's a fair bit of that on some of the other tracks too – modes that usually feature a larger ensemble with great horn work, in a style that's maybe almost the sound that you'd get if Henry Mancini were scoring a cartoon – with all the richness of color that might imply! Other tracks are more scene-setters, but still quite far from the usual modes for a cartoon – and although the music's credited partly to the show's creators, the Hanna-Barbera team, we're guessing the real genius comes from the music direction of Hoyt Curtain and Ted Nichols. 2CD set features material from a number of different shows – including "Dragons Of Ashida", "The Robot Spy", "Arctic Splashdown", "Calcutta Adventure", "Treasure Of The Temple", "Attack Of The Tree People", "Terror Island", "The Mystery Of The Lizard Men", and "The Curse Of Anubis" – plus other shows too, the main themes, and even some bonus tracks!  © 1996-2021, Dusty Groove, Inc.
(Limited edition of 3000!)