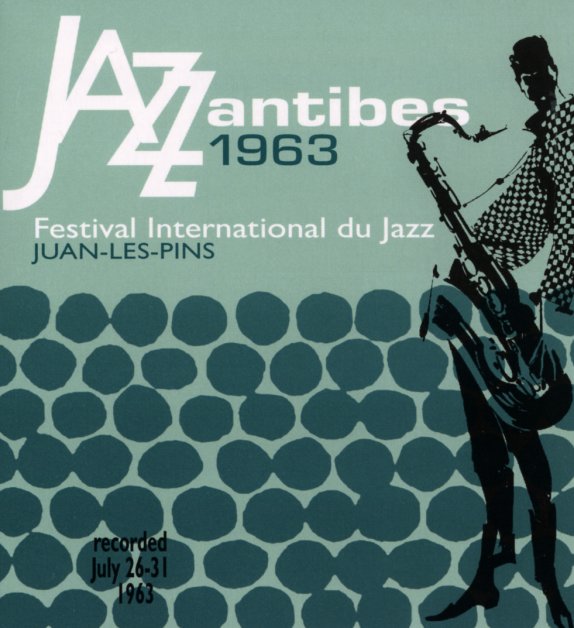 Sweet slices of work from a hell of a jazz festival – the 1963 Antibes performances, served up here in some incredibly hip material! The set begins with early work from pianist Dollar Brand – whose trio sounds moody and amazing on "Antibes Jam", then gets joined the great vocalist Sathima Bea Benjamin on a version of "Prelude To A Kiss". Next up is the soulful sound of tenorist Klaus Doldinger, whose group includes Ingfried Hoffmann on piano – on a sensitive reading of "Like Someone In Love", which really shows off Klaus' under-recorded ballad style. The great trombonist Eje Thelin follows – leading a quintet with Ulf Andersson on tenor and Lars Joesten on piano – on the very long "Antibes Jam". A Polish group follows with another long track – a sharp-edged take on "Well You Needn't", led by tenorist Jan Wroblewski in a quartet with Wojciech Karolak on piano. Last up is singer Sarah Vaughan – working with the Kirk Stewart Trio – on the titles "I Can't Give You Anything But Love", "Tenderly", "A Taste Of Honey", and "Bill Bailey".  © 1996-2021, Dusty Groove, Inc.