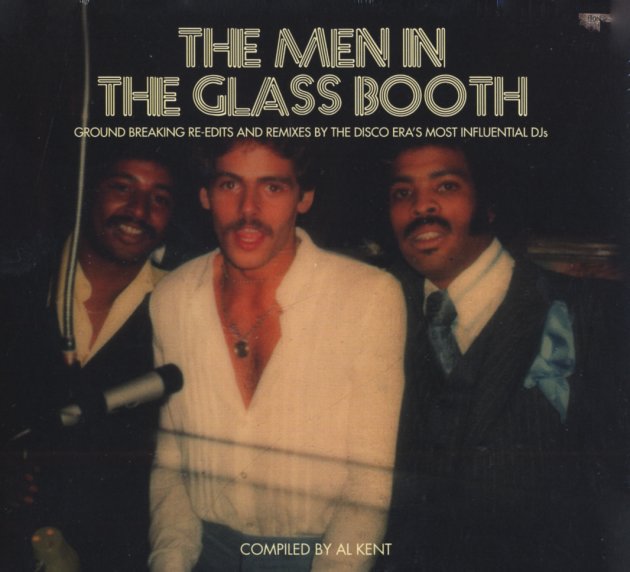 An incredible collection – and one that fills in a crucially under-documented side of the New York dancefloor generation – the wealth of special mixes and edits that were made for that city's important DJs for their own use in clubs! The package sorts through a mountain of never-issued acetates, and goes way past conventional disco or rare club collections – to showcase the special mixing talents these DJs brought to their re-presentation of the material – which was usually done on tape, then pressed onto acetate discs for their own private use! Those rare treasures are brought forth here – in a beautiful package that's also overflowing with fantastic notes that finally give this lost history its due – all handled by Al Kent – who's a hell of a mixer himself, as well as an underground club historian. Vinyl part 1 features five different records, all with lots of space for the tunes to stretch out – and titles include "I Just Wanna Say I Love You (John Luongo rmx)" by Leon Collins, "What About Love (Tony Gioe rmx)" by Marboo, "Ten Percent (Walter Gibbons Sunshine Sound acetate edit)" by Double Exposure, "Inside America (Rick Gianatos disco queen acetate edit)" by Juggy Murray Jones, "Dancing Free (John Luongo rmx)" by Hot Ice, "Black Water Gold (Sunshine Sound acetate edit)" by The Sunshine Band, "Magic Bird Of Fire (Francois Kevorkian Sunshine Sound acetate edit)" by Salsoul Orchestra, "It's Good For The Soul (Jay Negron Sunshine Sound acetate edit)" by Salsoul Orchestra, "My Love Is Free (Walter Gibbons disco madness rmx)" by Double Exposure, "Reaching Out For Happiness (Jonathan Fearing rmx)" by Fay Hauser, "Let Me Be Your Fantasy (Tom Savarese rmx)" by Love Symphony Orchestra, "The Beat Goes On & On (Jim Burgess rmx)" by Ripple, "I Wanna Be Near You (John Morales Sunshine Sound acetate edit)" by Ruby Andrews, "I've Been Looking For Somebody (Walter Gibbons rmx)" by TC James & The Fist O Funk Orchestra, "The Disco Scene (Rick Gianatos rmx)" by Lake Shore Drive, "Bumpsie's Whipping Cream (Tom Savarese rmx)" by TC James & The Fist O Funk Orchestra, and "Janice (Bobby DJ Guttadoro rmx)" by Skip Mahoney.  © 1996-2021, Dusty Groove, Inc.
(Limited edition!)