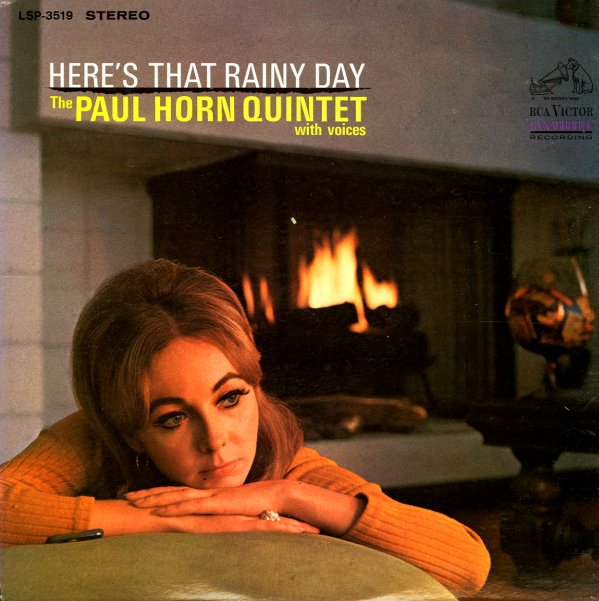 A sweet and mellow set from flutist Paul Horn – with a sad, sleepy, and wonderfully late nite feel! Ralph Carmichael arranged and conducted the set – and most of the tracks feature the Ralph Carmichael Singers in the background, singing in a really moody style that adds a nice edge to the tunes. The record's the kind we might have passed up years ago, thinking it a snoozer – but we love it's dark tension, and really appreciate some of the additional instrumental touches, like vibes by Lynn Blessing, piano by Mike Lang, and bass by Bill Plummer. Titles include "Girl Talk", "Moment To Moment", "Ecstasy", "Laura", and "The Shadow Of Your Smile".  © 1996-2022, Dusty Groove, Inc.
(Mono pressing with deep groove, 1s/1s stampers! A nice copy.)

Paul Horn & Nexus
CBS, 1975. Near Mint-
LP...$5.99
Some of the best Paul Horn recordings of the 70s – tracks that were recorded amidst the Brazilian fusion explosion of the 70s, and which really push Horn's sound to the limit! The album features work that Horn cut with the funky fusion group Nexus – very electrified tracks driven on by ... LP, Vinyl record album