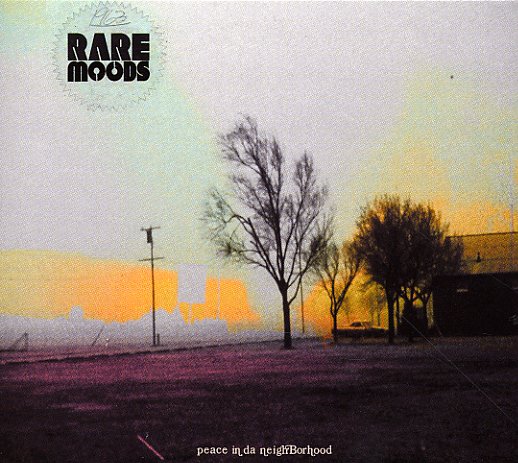 A nice full length debut from Rare Moods – a pastiche of sample-based funky soul, righteous jazzy riffing and angular soundscapes! The album's inspired by all those soulful and funky characteristics that we dig crates hoping to find – propulsive, crackly beats, soulful vocals, and spacey soul jazz – delivered with a surprisingly mellow overall feel. That's not to say it's complete chillout affair – the good Doctor throws in plenty of off-kilter beats and effects, and throws of the time in spots to make it good and trippy! Tracks include "Silk", "Peace In Da Neighbor Hood", "Numbers", "Slim's Around", "Cape Of Good Hope", "Oil On Fire", "This Is Not Your Frequency", "Sun City", "A Bad Trip", "Space Mates", "Misery Lane" and more!  © 1996-2021, Dusty Groove, Inc.