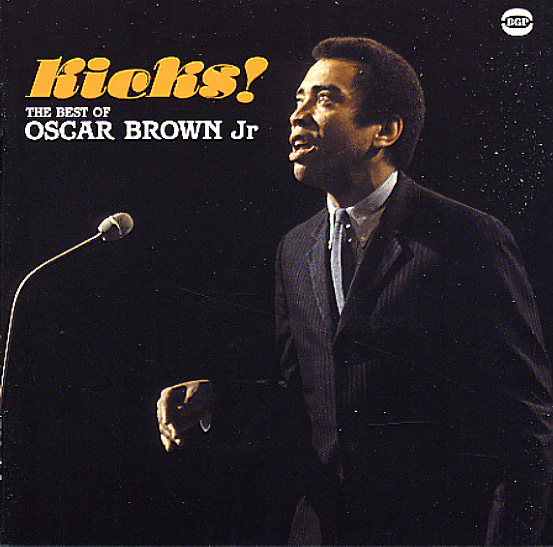 Some of the most unique vocal work ever recorded – a stunning collection of Columbia sides by Oscar Brown Jr, a singer who mixed together equal parts jazz, soul, and folk – and came up with a sound that was all his own! Oscar bubbled out of the hip Chicago scene of the early 60s – and had a much more righteous approach than most of his contemporaries – not only writing his own lyrics for most of the tunes, but working in a genre-blending style that crossed over to a variety of difference audiences. Oscar could groove with the best in a southside club, but also appeal to the northside intellectuals – opening doors wherever he went with a fresh approach to jazz vocals! The set features work from all 4 of his Columbia albums – including a number of tracks on CD for the first time – and features arrangements by Quincy Jones, Floyd Morris, and Ralph Burns – on 23 tracks that include "All Blues", "Work Song", "Excuse Me For Living", "The Snake", "Mr Kicks", "Afro Blue", "Signifying Monkey", "Dat Dere", "Hazel's Hips", "Jeannine", "Opportunity Please Knock", "The Tree & Me", "Elegy (Plain Black Boy)", "Tall Like Pine", and "But I Was Cool".  © 1996-2023, Dusty Groove, Inc.

Spirits Known & Unknown (with bonus tracks)
Flying Dutchman/BGP (UK), 1969. New Copy
CD...$7.99 14.99 (LP...$22.99)
Wonderful work from Leon Thomas – easily one of his greatest albums ever, and a set that was recorded at the same time he was working with Pharoah Sanders! Thomas really rose to fame on Sanders' classic "The Creator Has A Master Plan" – and this set really takes off from that ... CD