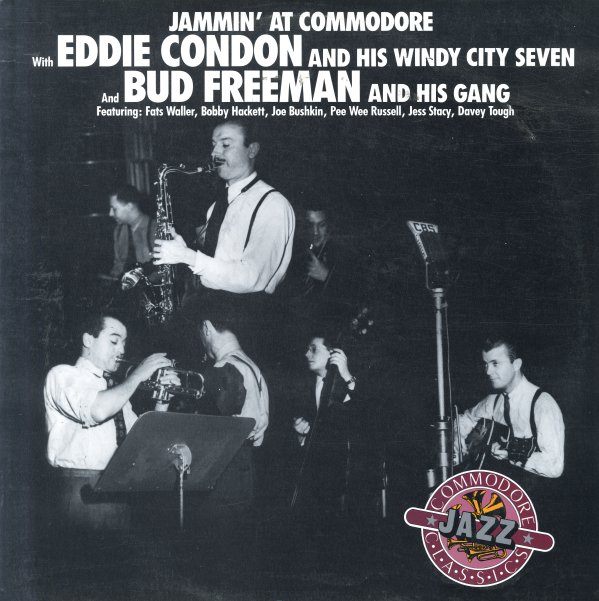 Small combo work from the Eddie Condon 7 and the Bud Freeman Gang! Features piano from Joe Bushkin and Fats Waller, trumpet from Bobby Hackett, and clarinet from Pee Wee Russell.  © 1996-2021, Dusty Groove, Inc.
(Out of print.)