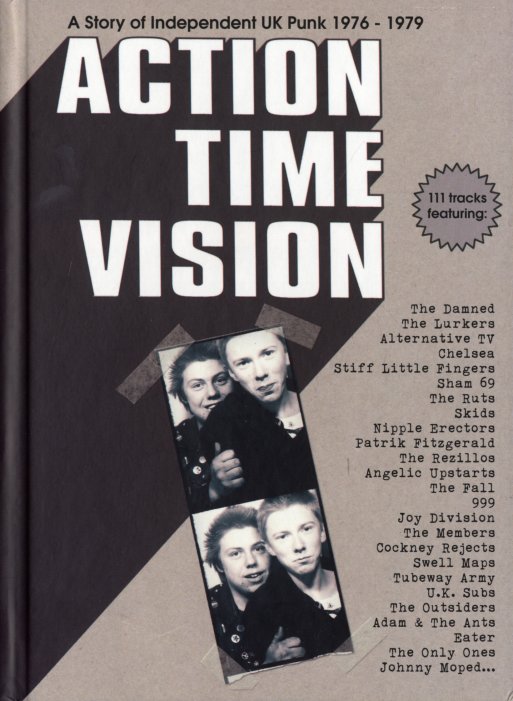 A truly incredible collection – even more wonderful than we might have guessed from the title and cover – and both of those are already pretty darn appealing! This package might well be the most comprehensive we've ever seen on the early days of punk in England – a package that goes way past the big names, way past the classic cuts, and really digs deep into the huge explosion of indie labels that fueled the scene – creating a legacy of rare singles and amazing sounds that the British scene hadn't seen in years! If you dig the Sex Pistols or Clash, there's dozens of other tunes here to love – some by artists you'll know from later fame, represented here on very early tracks – and lots more from acts who maybe only gave the world a handful of brilliant singles. The presentation is as stunning as the music – 111 tracks on 4CDs, inside a heavy 64 page book-style jacket – with page after page of notes on each song and band, and lots of images as well. Consider this whole thing an overdue primer on all the punk you missed – even if you lived back in the day – and lose yourself in the huge array of tracks by groups who include The Radiators From Space, Puncture, Some Chicken, The Panik, The Only Ones, Suspects, Tueway Army, The Boys, Acme Sewage Co, Raped, Bazoomis, Menace GLC, Sids, Rudi, Art Attack, Angelic Upstarts, Mean Street, Poison Girls, Chelsea, Demon Preacher, Leyton Brothers, The Dole, Riff Raff, The Tights, Social Security, Nicky & The Dots, No Way, The Wall, Hollywood Brats, Disco Zombies, Spizzoil, Horrorcomic, The Cravats, and lots lots more!  © 1996-2023, Dusty Groove, Inc.