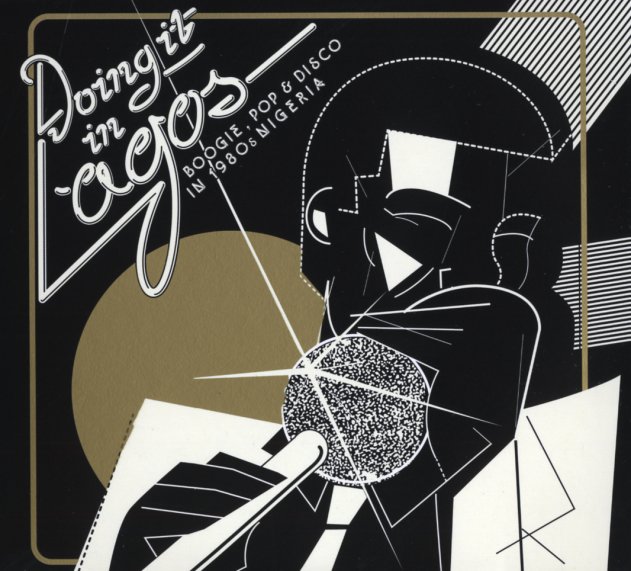 Damn great work from the early 80s Nigerian scene – music that's evolved strongly past the Afro Funk of the 70s, and often has the same electro soul sound as work from the US at the time! These cuts are unabashedly upbeat, and aimed at the dancefloor – full of the kind of basslines and keyboard lines that folks treasure in rare American boogie singles – and topped with English language lyrics that give these tunes a really universal appeal! There's a nicely offbeat vibe to the cuts at times – almost a P&P club sort of style – which makes the whole thing a real treasure for any fan of funky club music, not just Nigerian sounds. Titles include "Only You" by Steve Monite, "Don't You Know" by Peter Abdul, "Fellas Doing It In Lagos" by Hotline, "Too Hot" by Rick Asikpo & Afro Fusion, "Funk With Me" by Danny Offia & The Friks, "Don't Give Up" by Willy Roy, "Groove I Like" by Veno, "Don't Stop That Music" by Sony Enang, "Where Is The Answer" by Burnis Moleme, and "Enjoy Your Life" by Oby Onyioha. The LP version includes detailed booklet and bonus 45 with "On The Air (rap mix)" by Lexy Mella and "Burning Jungle" by Ofege!  © 1996-2021, Dusty Groove, Inc.
(Includes download!)

Newyork No Miko/Miko In New York (2021 Japan Record Day Release)
Columbia (Japan), 1966. (reissue)
LP...$49.99 ... On November 3, 2021
A very groovy session from Japanese singer Miko – recording here in the US with hip grooves from the Billy Taylor Trio! The style is almost even cooler than some of Billy's own records of the time – as the rhythms are open and flowing, which makes for a really sparkling feel to the set ... LP, Vinyl record album