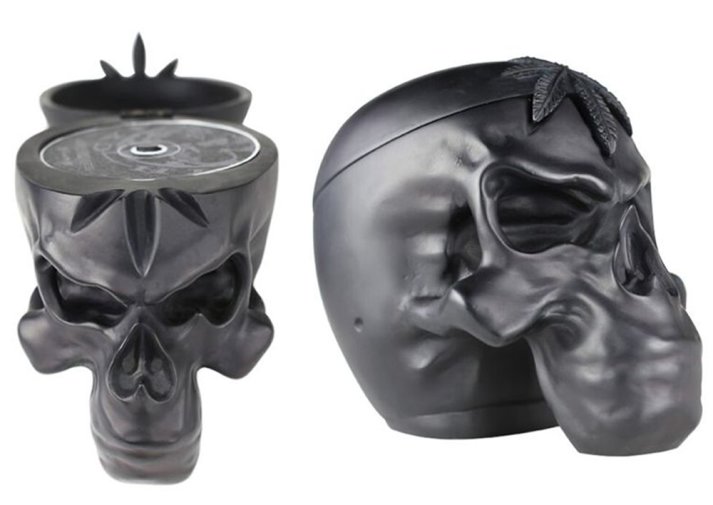 Cypress Hill's debut masterpiece – one of the biggest and best first albums in 90s hip hop – in cased here in skull for its 25th Anniversary! There's little we can add to the canon when it comes to describing this album's impact, but it's still pretty revelatory. Like other west coast rap heavies of the time, Cypress Hill documents real world street violence with a darkly comic sensibility, redefined usage of the word "blunt" forever more, and simply delivered one of the most influential rap (or rock. . .considering the astonishing crossover success) albums of the decade. "How I Could Just Kill A Man", "Hand On The Pump", "Hole In The Head", "Real Estate", "Stoned Is The Way Of The Walk", "Phunky Feel One", "Pigs", "Latin Lingo", "Something For The Blunted", "Psychobeatbuckdown" and more. Get On Down's 25th Anniversary is one of the coolest, craziest things we've seen for a commemorative anniversary edition ever – housed in an amazin, hard resin black skull – essentially a 3D physical recreation of the group's 1991 logo – plus a 100 page hardcover book!  © 1996-2021, Dusty Groove, Inc.
(Please Note – these copies have a few light marks from shipping. This is only on the outer box, and the contents are still beautiful!)