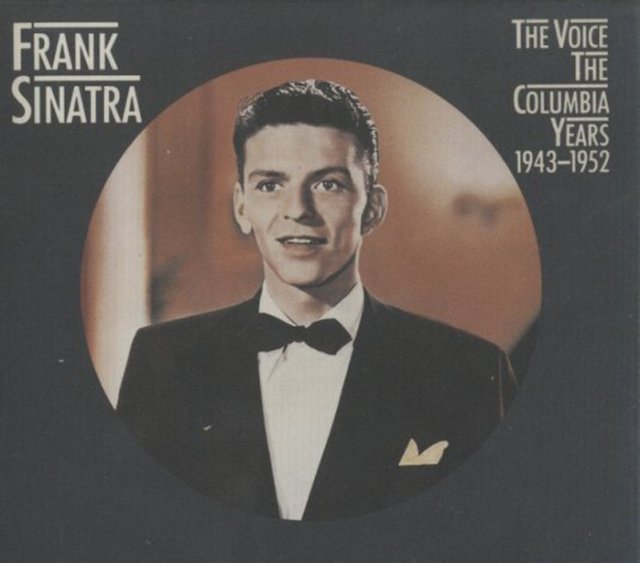 A comprehensive overview of Frank's early work for Columbia – packaged as a four CD set, with each album divided up into themes that include Saloon Songs, Standards, Screen, Love Songs, Swings, and Stage. The package is a great way to navigate the complicated set of recordings done by Sinatra in the pre-album years, and until the release of the complete Columbia sides as a CD set, this one was your best chance to look at these years. Titles include early versions of "One For My Baby", "September Song", "Love Me", "Should I", "Blue Skies", "I Couldn't Sleep A Wink Last Night", "Saturday Night Is The Loneliest Night Of The Week", and "When Your Lover Has Gone".  © 1996-2021, Dusty Groove, Inc.
(Out of print – and in nice shape!)

Frank Sinatra Conducts The Music Of Alec Wilder
Columbia/Sony, 1939/1940/1945. Used
CD...$6.99
One of Frank Sinatra's earliest experiments with instrumental music – a set of tunes composed by Alec Wilder – including some handled by Wilder himself, with a group that includes Mitch Miller on oboe and Julius Baker on flute – in a cool modern chamber jazz mode! CD

Concepts (16 CD wooden box set)
Capitol, 1950s/Early 60s. Used 16 CDs
CD...$149.99
A treasure trove of wonderful music – a 16 CD box set that features all of Sinatra's albums recorded for Capitol, along with great bonus material! As is well known, Sinatra's Capitol years were his finest – a time when he moved past a simple pop singer into a complicated vocalist with ... CD

Ann Burton Sings For Lovers & Other Strangers
Columbia (Japan), 1971. Used
CD...$24.99
One of the coolest, moodiest albums ever recorded by Dutch singer Ann Burton – a set that features some of the more creative arrangements she ever received on record – put together by guitarist Wim Overgaauw, and featuring organ work from both Rob Madna and Rob Franken! Burton's always ... CD