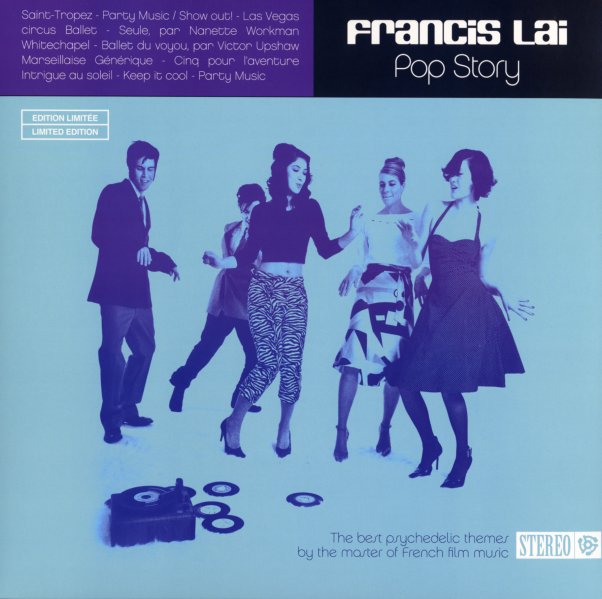 Some of the funkiest, grooviest sounds we've ever heard from Francis Lai – the French film composer who gave the world the soundtracks for Love Story and A Man & A Woman – but who comes across here in a style that's more like some of the best British and Italian sound library material of his generation! Most tracks have a mod, upbeat groove – jerking rhythms, sweet soulful instrumentation, and occasional chorus vocals that round things out with a very cool vibe. We recognize a few of these tracks from some of Lai's ultra-rare soundtracks (some never issued on vinyl at all) – but others are more obscure – and the set features the tracks "Keep It Cool", "Party Music", "Whitechapel", "Las Vegas Circus Ballet", "Saint Tropez", and "Cinq Pour L'Aventure". Also features two cuts with lead vocals – "Seule" sung by Nanette Workman, and "Ballet Du Voyou" sung by Victor Upshaw.  © 1996-2021, Dusty Groove, Inc.
(Limited edition!)