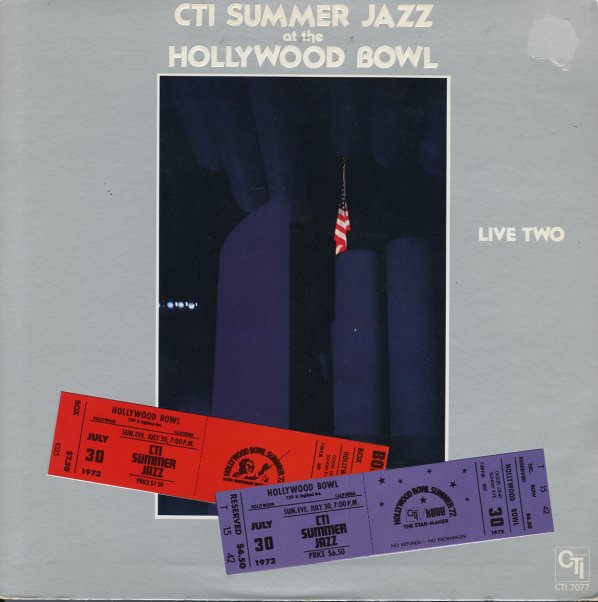 Man, it's like a talent bomb exploded! This set's stuffed with work by some of the greatest jazz funk players of the early 70s – Johnny Hammond, Bob James, Deodato, George Benson, Joe Farrell, Stanley Turrentine, Freddie Hubbard, Grover Washington Jr, Hubert Laws, and others – all playing together at a massive live concert recorded in Hollywood in 1972! And although you might worry that the collection of so many great talents on one stage might just create confusion – don't! The quality of the work is excellent – almost better than the best of the CTI studio sides, with a lean, clean sound that's really really tight – never overblown, just sweet electric funk with loads of great space for solo work. This second volume of the 3 LP set includes takes of "Blues Force", "Rock Steady", "People Make The World Go Round" and a medley of "Ithe From Love Story", "Pavane" and "Fire & Rain".  © 1996-2021, Dusty Groove, Inc.
(In the embossed cover, with some wear and a sticker.)