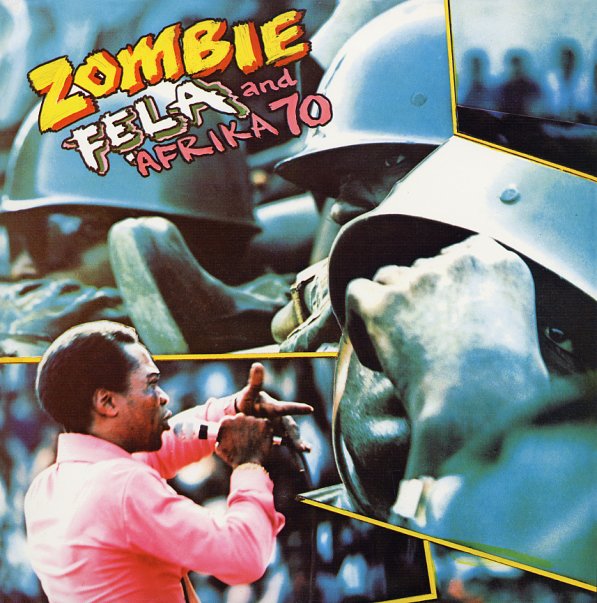 One of Fela's greatest albums – and one of the few that got any sort of international circulation in the 70s! "Zombie" shows Fela at the height of his powers – grooving away in incredibly fast, incredibly tight Afro Funk lines, weaving guitar, sax, and keyboards together with a speed that still leaves us breathless. No wonder the track had a history of causing riots when it was played! "Mr Follow Follow" is a bit mellower, but even stronger on the message tip, and graced with a sublime snakey sax solo.  © 1996-2022, Dusty Groove, Inc.