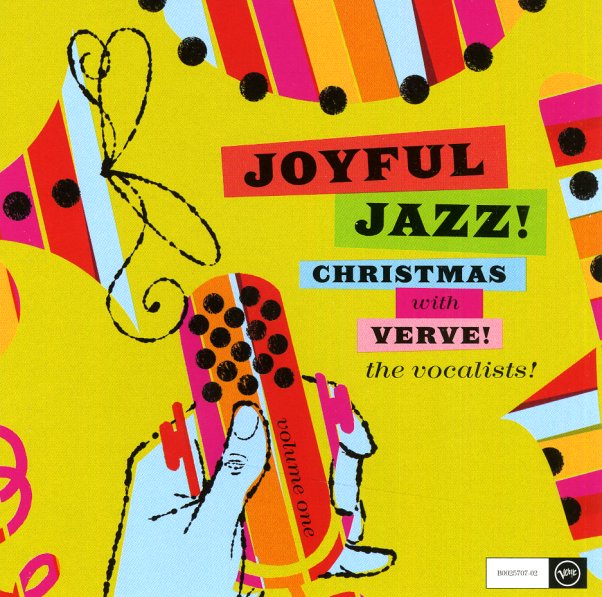 A collection of Holiday tracks both old and new – pulled from the catalog of Verve Records, and a fair bit of the larger Universal jazz catalog too! The material here mixes old favorites with a few newer recordings – tracks that show that great resonance between jazz vocal styles and Christmas tunes – a pairing that never seems to get old, and which can make for some especially warm moments during the season. Titles include "The Christmas Song" by Mel Torme, "Christmas Time Is Here" by Patti Austin, "It Must Be Christmas" by Judy Holliday, "Peace On Earth" by Peggy Lee, "There's No Place Like Home For The Holidays" by Betty Carter, "Peace" by Norah Jones, "Zat You Santa Claus" by Louis Armstrong, "Silent Night" by Dinah Washington, "White Christmas" by Ella Fitzgerald, "I'll Be Home For Christmas" by Diane Schuur, "I've Got My Love To Keep Me Warm" by Billie Holiday, and "Winter Wonderland" by Shirley Horn.  © 1996-2021, Dusty Groove, Inc.

More Sounds Of Christmas
Argo/Verve, 1964. New Copy
CD...$6.99 13.98
Ramsey Lewis had such great success with his first album of Christmas instrumentals for Chess Records, he soon hopped back in the studio for a second record – but one with a very distinct difference! This time around, the trio's a bit unusual – in that it features regular bassist Eldee ... CD