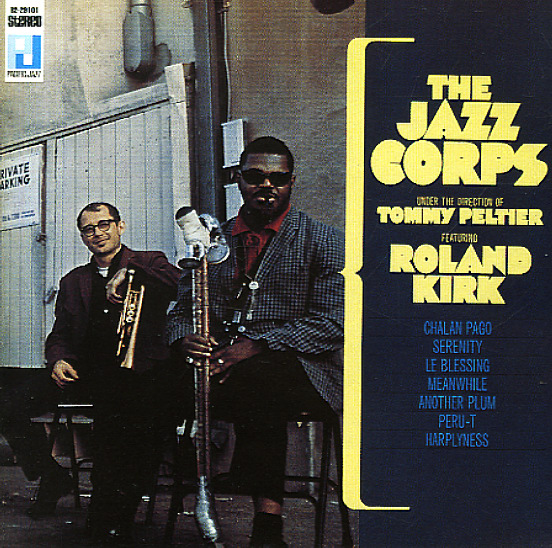 An unusual record, but a great one too – a set that mixes the offbeat reed work of Roland Kirk with some inventive ideas from a group of young west coast players! Some of the group members are names you'll recognize on their own from genre-crossing sessions for other labels – like vibist Lyn Blessing, and bassist Bill Plummer – both groovy talents whose touches really make the record sparkle – and the rest of the combo features trumpeter Tommy Peltier, drummer Maurice Miller, and reedman Freddy Rodriguez! And honestly, the whole thing's great, even without Kirk's help – but Roland's wit and creative energy really send the album home with work on tenor, flute, and stritch. Titles include "Harplyness", "Chalan Pago", "Le Blessing", and "Meanwhile".  © 1996-2021, Dusty Groove, Inc.
(80s pressing in a non-gatefold barcode cover. Cover is lightly bent at the left corners.)

Gerry Mulligan Quartet (Pacific Jazz – PJLP 2) (10-inch)
Pacific Jazz, 1953. Very Good-
LP...$14.99
Gerry's second 10" album for the Pacific Jazz label – and almost as groundbreaking as the first! Not only is the quartet with Chet Baker featured strongly on side 1 – with classics that include "Cherry", "Carson City Stage", and "Motel" – but ... LP, Vinyl record album