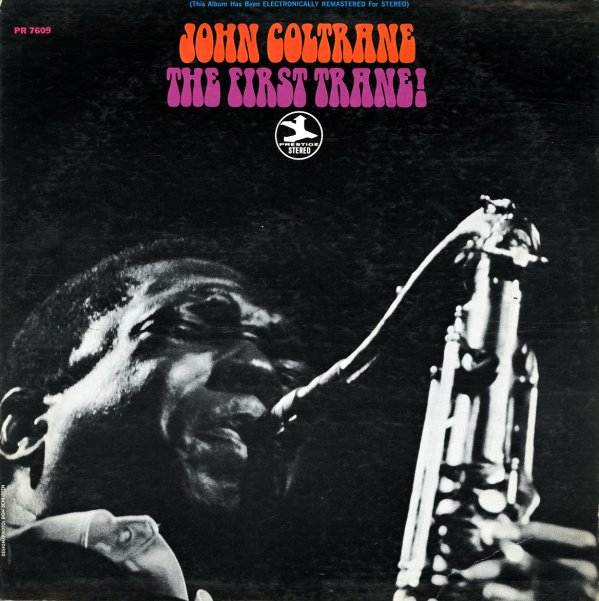 A classic set for Prestige, originally issued as the album Coltrane – less a bold statement as a leader than a strong batch of blowing session-styled tracks that show how well Coltrane could hold his own with more established players! The groups on the set vary from track to track – and feature players that include Sahib Shihab, Mal Waldron, Red Garland, Paul Chambers, and Al Heath – plus underappreciated Philly trumpeter Johnnie Splawn. Trane's in great form here – even though the overall set's a bit less structured than some of his later albums – and his tone and solo approach are already stepping out from the rest of the pack with great vigor! Titles include "Bakai", "Time Was", "Straight Street", and "Chronic Blues".  © 1996-2023, Dusty Groove, Inc.

My Favorite Things
Atlantic, 1961. Very Good+
LP...$99.99 (CD...$23.99, CD...$0.99)
Wonderful wonderful wonderful work from the legendary John Coltrane – and even though it's probably one of his best-selling albums of all time, it's still a treasure – and has an essential place in just about any jazz collection! We've heard the original title version of "My ... LP, Vinyl record album