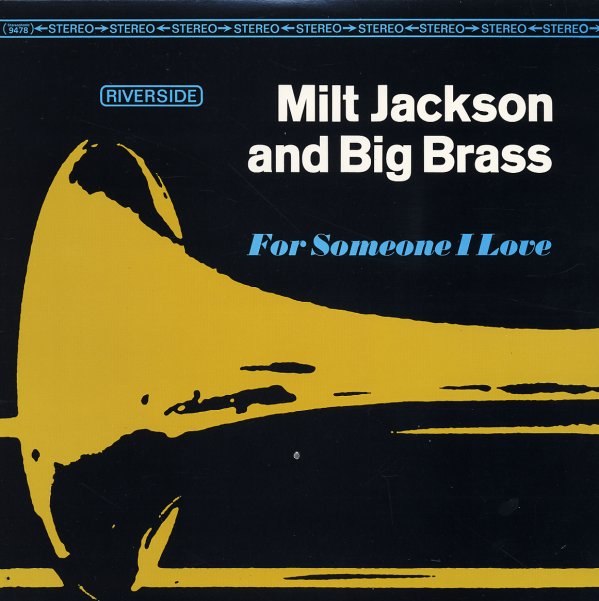 A surprisingly nice pairing – the vibes of Milt Jackson and some larger horn backings that fall heavy on the trumpet and trombone side of the spectrum! The sound's not nearly as heavy or hokey as you'd expect – thanks to arrangements by Melba Liston – and the horns do a nice job of setting a scene that lets Milt's vibes sneak in and out with effortless ease – coloring things with a great one, and a very rhythmic feel. The album's worth it for one track alone – the really great "Bossa Bags", which grooves with a sound that's everything you'd expect from the title! Other tracks include "Extraordinary Blues", "Save Your Love For Me", "For Someone I Love", "Days Of Wine & Roses", and "Just Waiting".  © 1996-2021, Dusty Groove, Inc.
(OJC pressing. Cover has a strip of tape on the spine.)