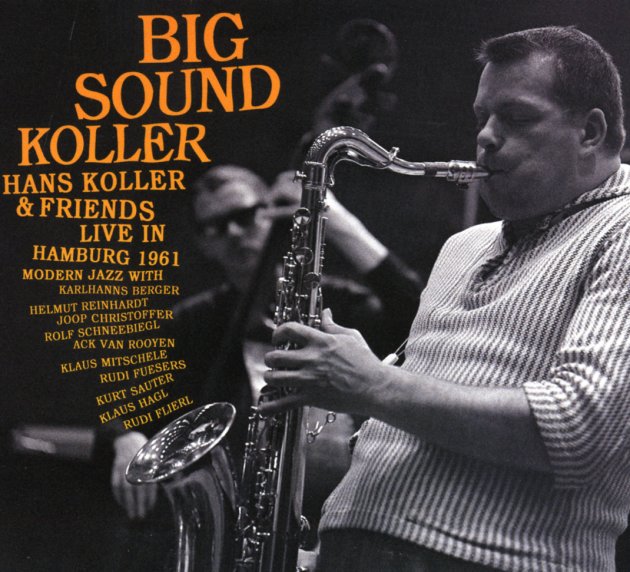 They're not kidding about the big sound here – as tenorist Hans Koller was easily one of the deepest, most soulful talents on his instrument in the European scene of the start of the 60s – as you'll instantly hear on this fantastic live performance! In later years, Koller got a bit avant with his styles – but here, he's got a rock-solid, soul-drenched sound – one that almost seems influenced by the baritone sax, which Hans could also play – but which is delivered here with the deftness of a tenor. The group here is Koller's core quartet with an expanded horn section – a group that features Karlhanns Berger on piano, Ack Van Rooyen and Kurt Sauter on trumpets, and additional deeper sounds on bass trumpets, baritone, and trombone. Although unissued before, the music here stands right up there with Koller's best of this period – including his classic albums for the MPS/Saba label – and titles include "Homer's Concert", "Nippon Kazooki", "Hard Bop For Hartung", "Lonely", "Monkey", "Black Cats", and "Warming The Worm".  © 1996-2022, Dusty Groove, Inc.