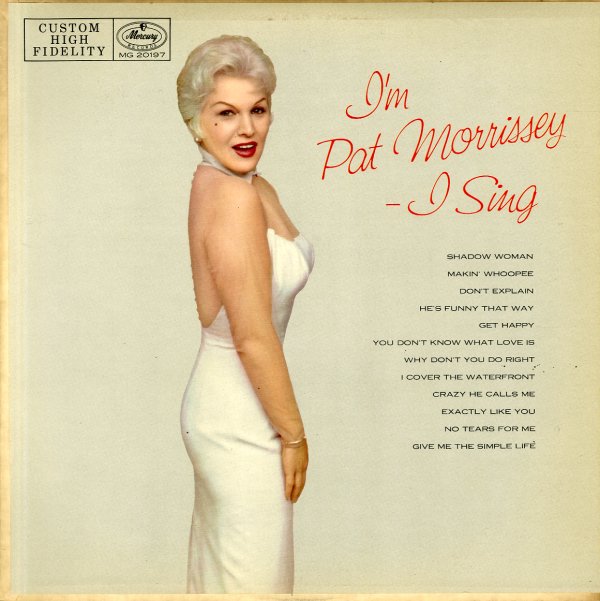 A rare one from singer Pat Morrissey – a sexy late 50s nightclub singer with a bit of a jazzy bent. The record's not going to knock Sarah Vaughan out of your collection, but Pat's got a warm intimate style of singing that makes the material stand out more than the usual vocal session from the time. Titles include "You Don't Know What Love Is", "Shadow Woman", "No Tears For Me", "Exactly Like You", and "Don't Explain".  © 1996-2021, Dusty Groove, Inc.
(Black label pressing with deep groove. Cover has a bit of splitting on the top seam, and some light wear on the opening edge – but vinyl is nice!)

Hot Cargo
Mercury, 1956. Very Good+
LP...$13.99
A great early set from singer Ernestine Anderson – material recorded in Sweden with a sound that's even more sweetly swinging than some of her American albums of the time! The backings on most tracks are by Harry Arnold – one of the hippest Swedish leaders of the time, and an arranger ... LP, Vinyl record album