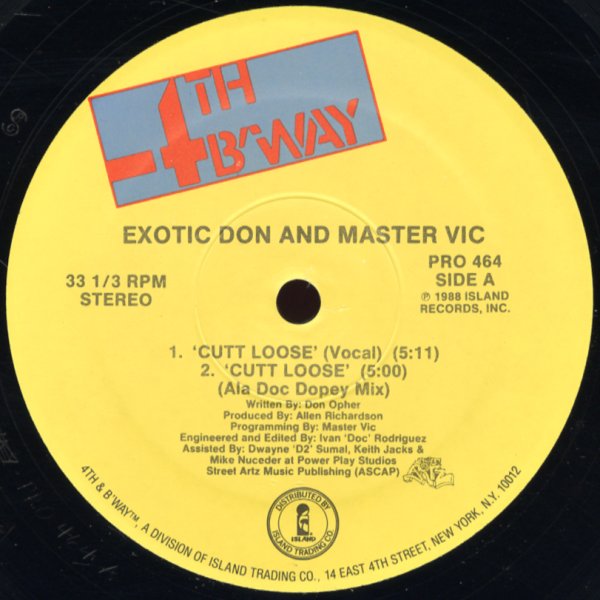 (In an Island sleeve.)

Television: The Drug Of The Nation (voc, radio, inst)/Winter Of The Long Hot Summer (voc)/Language Of Violence (inst)
4th & Broadway, 1991. Near Mint- (pic cover)
12-inch...$9.99
"Television..." is a later version of the song Michael Franti did with his hardcore group, the Beatnigs. Not so much straight ahead rhyming, but a Gil Scott-Heron-style monologue against the tv/advertising industry. 12-inch, Vinyl record