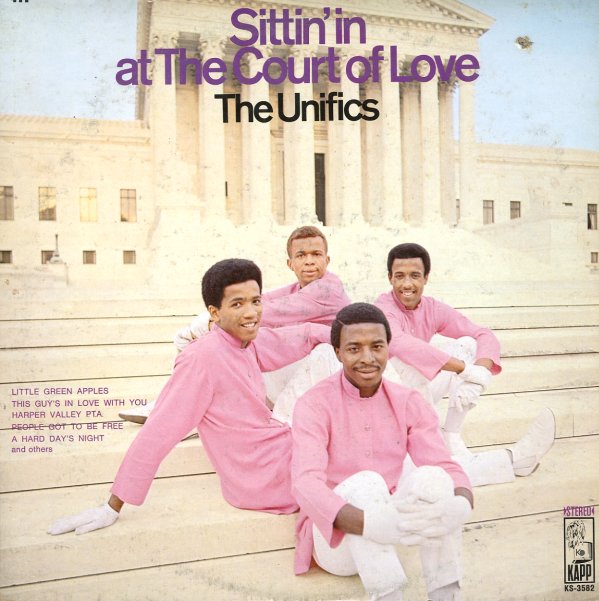 The one and only album by The Unifics – and a beautiful precursor to the solid group sounds of the east coast early 70s. The group's got some wonderful harmonies – still raw, but showing the strength of smooth production to hit some very strong moments. Arrangements are by Richard Rome, Bert De Coteaux, and a very young Donny Hathaway – and the lead singer of the group is Al Johnson (although we're not sure he's the same Al Johnson that went onto greater fame as a solo act.) Includes "Sittin In At The Court Of Love", which was a minor hit – plus a number of other originals, including "Which One Should I Choose", "Tables Turned", and "Toshi Sumasu".  © 1996-2021, Dusty Groove, Inc.
(Cover has a cutout hole and a small split in the bottom seam.)