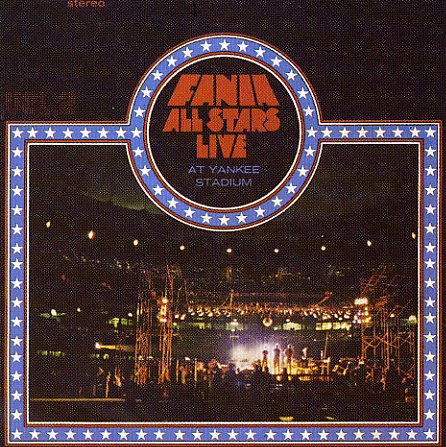 By the mid 70s, the New York Latin scene was boomin' so large it could easily fill venues like Yankee Stadium – as you'll hear on this excellent live set from the Fania All-Stars, a monster record that easily ranks with the best live Latin sides of the time – like Eddie Palmieri at Sing Sing, the Tico-Alegre All Stars at Carnegie Hall, or Mongo Santamaria at Yankee Stadium! Tracks are nice and long – a real mix of soul and Latin, with slight funk and electric touches – and players include Ray Barretto, Willie Colon, Bobby Valentin, Mongo Santamaria, Ricardo Ray, and Roberto Roena. Vocals are by a host of singers that include Santos Colon, Hector Lavoe, Ismael Rivera, and Celia Cruz. Manu Dibango also joins the group for the track "Congo Bongo", a great long number in which he does a hot little solo! Other tracks include "Bemba Colora", "Hermandad Fania", and "Echate Pa'Lla".  © 1996-2022, Dusty Groove, Inc.

Ipan In Xiktli Metztli – Mexico Magico Cosmico – El Ombligo De La Luna
Issste/Mr Bongo (UK), 1981. New Copy
CD...$10.99 11.98
A wonderfully hard-to-categorize album from the start of the 80s – a Mexican record that mixes folkloric roots with electronic instrumentation – but all in a way that sounds much more ancient than you'd expect for the time! The fusion of modes here is wonderful – almost at a ... CD