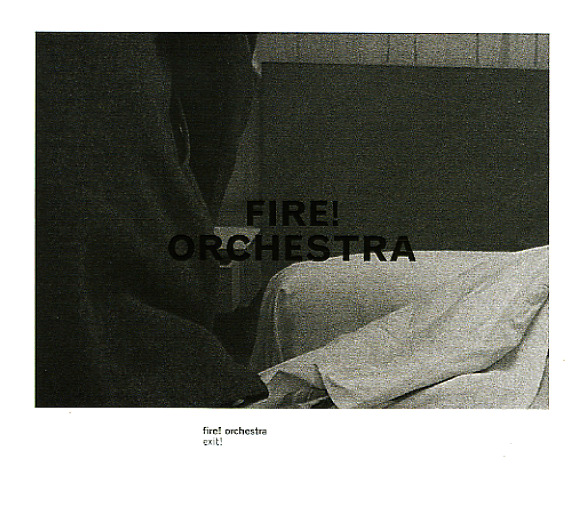 A really great album from Fire – a set that has the trio expanded way more than usual, into jazz orchestra form – and working here in a style that's wonderfully soulful and spiritual overall! The set isn't just a spiritual jazz outing – as it's got these really unique flavors and colors that still echo the intensity of the previous Fire trio outings, but which spread the energy out over the larger ensemble, then give it a lot more focus too – less improvisation, and instead some really visionary arrangements that make the whole thing shine brilliantly from start to finish. There's a bit of vocals, which are tremendous too – almost echoing some of the Fontella Bass work with the Art Ensemble Of Chicago, but darker too. Mats Gustafsson conducts the group – and really blows us away with his efforts – and the set features one long two part composition – with performances by Sten Sandell on piano and electronics, Mariam Wallentin and Sofia Jernberg on voice, Magnus Broo and Emil Strandberg on trumpet, Jonas Kullhammar on bass sax, Fredrik Ljungkvist on baritone and clarinet, and Mats himself on tenor and live electronics!  © 1996-2021, Dusty Groove, Inc.
(White vinyl pressing. Includes bonus CD.)

Done It Again
Pacific Jazz, Late 60s. Very Good Gatefold
LP...$19.99 (CD...$6.99)
Very very very groovy stuff by this masterful jazz vibist, recorded with a sort of late 60s swingin' feel – but still very much in the pocket and warm as a summer breeze! Lytle has a pretty remarkable way of playing the vibes with speed and energy, yet the overall feel still has kind of a ... LP, Vinyl record album

Sterling Silver
Blue Note, 1958/1979. Sealed
LP...$29.99
Excellent 70's issue of a number of tracks recorded by Horace Silver in the late 50's – including some (then) unissued material, and alternate versions of popular tracks, recorded with different bands than on the hit. Highlights include a vocal version of "Senor Blues" (with Bill ... LP, Vinyl record album

Silver 'N Brass
Blue Note, 1975. Sealed
LP...$29.99
A beautifully soulful set from Horace Silver – hardly the "with brass" session you might guess from the title, and instead a well-integrated album that really showcases a new level of arranging genius from Horace! The set is heavy on hip horns – with work from Oscar Brashear, ... LP, Vinyl record album

Easy Rider
ABC/Dunhill, 1969. Near Mint-
LP...$14.99
A tripped-out batch of freedom rock tunes – pulled together to accompany Peter Fonda and Dennis Hopper's famous trip across the wasteland of late 60s America! The set includes Steppenwolf's anthemic "Born To Be Wild", as well as their "The Pusher" – plus "Kyrie ... LP, Vinyl record album

Live Peace In Toronto
Apple, 1969. Near Mint-
LP...$9.99
The earliest incarnation of the Plastic Ono band, and more or less a one off, with an all-star line up that included Eric Clapton and Klaus Voorman alongside Lennon and Ono. One side of the rootsy rock that was the old school Beatles stock in trade, and one side of Yoko Ono doing her thing on the ... LP, Vinyl record album

Rutles
Warner, 1978. Very Good- Gatefold
LP...$4.99
The Rutles had a very short initial life – the subject of a tremendous mockumentary – put together in the 70s by Eric Idle of Monty Python and Neil Innes of Bonzo Dog Band! And yet over the years, the group's take on the sound of The Beatles has become something of a legend – ... LP, Vinyl record album