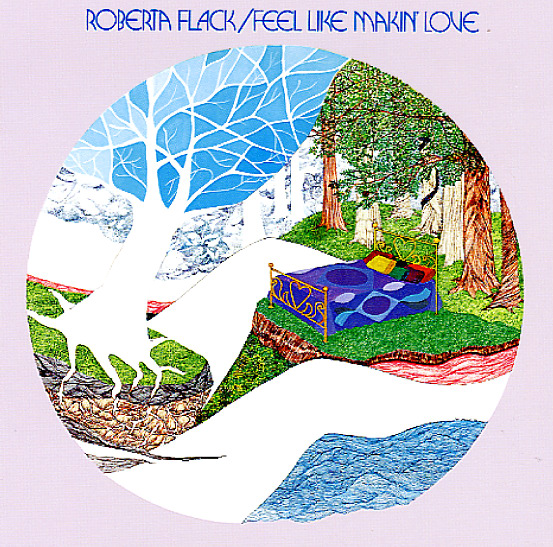 Sweetness from the legendary Roberta Flack – on this mid 70s set that really finds her settling into our laidback style that managed have massive across-the-board appeal without compromising on the soul! For too long we dismissed Roberta Flack out of hand because of her currency as a soft rock radio favorite, now that wizened up, we see that her mid 70s output had more than its share of sublime, soulful moments, and this album is no exception. Roberta's irresistible vocals are front and center, but the songwriting, arrangements and musicianship are outstanding, too – with contributions from Eugene McDaniels, Alphonze Mouzon, Bob James and other greats! 9 tracks in all, including the title track, plus "Feelin That Glow", "I Can See The Sun In Late December", "Mr Magic" and "Early Ev'ry Midnite".  © 1996-2023, Dusty Groove, Inc.
(Original Rockefeller label pressing. Cover has some aging.)

Bustin Loose – Original Soundtrack
MCA, 1981. Very Good+
LP...$6.99
One of the more obscure Roberta Flack albums from the classic years – but maybe not as obscure as the movie for which it was created – as the strength of the record has helped the album circulate a lot longer than the film stayed on the screens – to the point where it's a great ... LP, Vinyl record album

Up On The Roof – The Best Of The Drifters
Atlantic, Late 50s/Early 60s. Very Good
LP...$9.99
Seminal work from the post-Clyde McPhatter version of The Drifters – a sublime batch of singles that really showcase all that's great from the second chapter of the group! The set's way more than a "best of" – as it was the only full album to feature most of these cuts – ... LP, Vinyl record album

Midnight Rendezvous
Atlantic, 1979. Very Good
LP...$0.99
A lasting classic from singer Tasha Thomas – a vocalist who'd already lent her talents to numerous studio sessions, commercials, and disco tracks by the time of this release – which has the lady stepping into the spotlight as a fully-formed talent in her own right! The vocals are ... LP, Vinyl record album