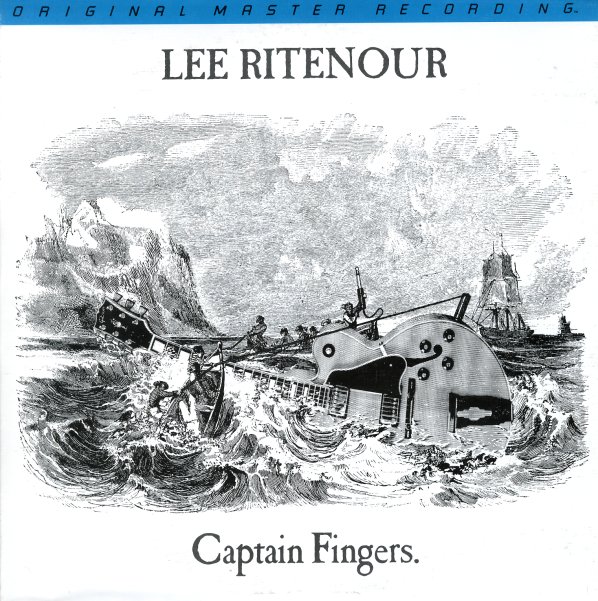 Smooth and funky fusion from Lee Ritenour – top-shelf all the way, and handled with a really soulful groove, thanks to production from the legendary Skip Drinkwater! Lee's all over the top of the guitar in true "Captain Fingers" style, and Skip makes sure he's got plenty going on underneath, too – with an all-star assemblage of players that includes Harvey Mason on drums, Patrice Rushen on keyboards, Dennis Budimir on guitar, Alphonso Johnson on bass, and Ernie Watts on saxes. The keyboards groove as nicely as the guitars (thanks Patrice!), and titles include "Margarita", "Fly By Night", "Dolphin Dreams", "Captain Fingers", and "Sun Song".  © 1996-2021, Dusty Groove, Inc.
(Cover has some light stains near the bottom.)

Gentle Thoughts
JVC (Japan), 1974. Near Mint- Gatefold
LP...$14.99
A classic bit of Japanese fusion from the 70s – and a set that managed to circulate pretty heavily on these shores at the time, which is quite an accomplishment for an expensive piece of import vinyl! That track record is no surprise, though, given that the group's really a showcase for a ... LP, Vinyl record album