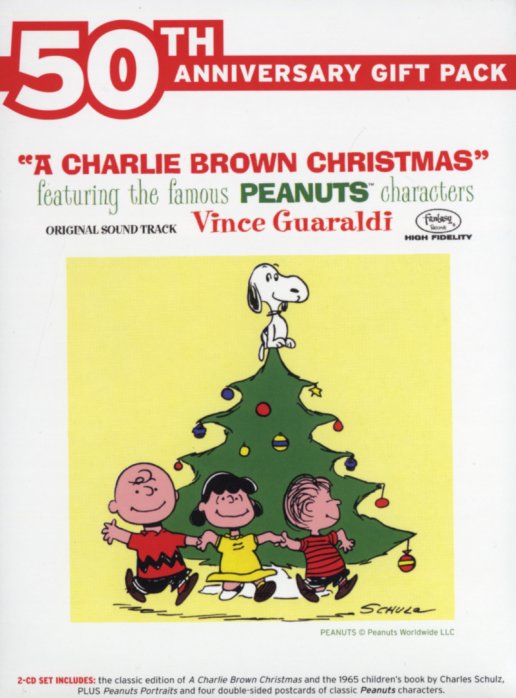 An amazing record – one with a depth that goes way beyond its simple roots, and which has gone on to become one of the true Christmas classics of the 20th Century! Although a Christmas soundtrack, the album's more of a tapestry of sadness, longing, and loss – the best qualities that always emerge in true Christmas classics – underscoring the blue side of the season that's always lurking around corners from the happier moments. Vince Guaraldi penned this score back when he was a rising talent on the San Francisco scene – and in a way, it was almost his musical contribution to the cartoon that made it such a lasting favorite – even over and above the appeal of the famous animated characters. Most tunes are simple piano ones, but played with a phrasing that's beautifully timeless – and the few vocal numbers feature voices from the cartoon, singing softly with the music. Titles include the classic "Linus and Lucy" – plus "My Little Drum", "Christmas Is Coming", "Christmas Time Is Here", "Skating", and "Fur Elise". This 50th Anniversary edition features the core album, a replica of the 1965 book by Charles Schultz, and four double-sided postcards – similar to those from the early Fantasy Records version! Also includes the bonus CD Peanuts Portraits – key character themes penned and played by the legendary Vince Guaraldi, in a set of recordings that features both acoustic piano and Fender Rhodes! A few cuts get really funky, too – the electric numbers, which remind us that back when we were wee ones, watching these cartoons, Guaraldi was already shaping our consciousness with his great way with a groove. The package is one that really gets right to the heart of Guaraldi's genius – and shakes free of some of the holiday spirit of other Peanuts jazz packages, to get into some incredibly groovy numbers that include "Peppermint Patty", "Joe Cool", "Charlie's Blues (variation)", "Blue Charlie Brown (version 2)", "Frieda (alternate)", "Little Birdie", and "Schroeder (alternate)" – plus the famous "Linus & Lucy".  © 1996-2022, Dusty Groove, Inc.
(A great package for the price – nicely oversized, too!)