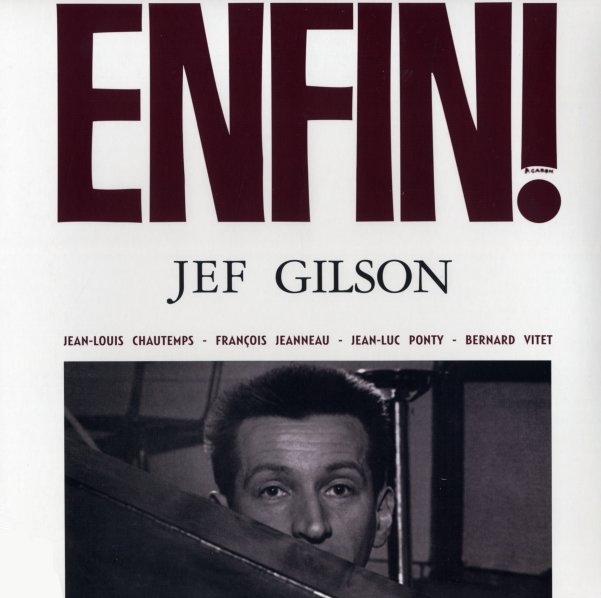 Some of the earliest music ever from groundbreaking French pianist Jef Gilson – and proof that right at the start, he was already in a unique space that was all his own! Gilson was a real standout in the European postwar scene – and he was one of the first in the 60s to really try to find a new voice for himself and his contemporaries – a great lineup here that works in shifting arrays on these beautifully vivid compositions by Gilson – tracks that always have a pulsating rhythmic core, but some very unusual modern solos out front! There's a mix of earthy elements and forward-thinking instrumentation that reminds us maybe of Randy Weston at his most modern – or like some of the music on the British scene to come – but given the date of these sides, Gilson may well have beat everyone to the punch. Players include Michel Portal on alto, Francois Jenneau on soprano, Jean Louis Chautemps on tenor, Ivan Jullien on trumpet, Mowgli Jospin on trombone, and Jacques Thollot on drums – and titles include "Anamorphose", "Bitonalite", "Le Grand Bidou", "Indicatif L'Autoroute 1", "Curious", "Three Four One", and "Blue Bizz".  © 1996-2022, Dusty Groove, Inc.
(Hand numbered limited edition of 500!)