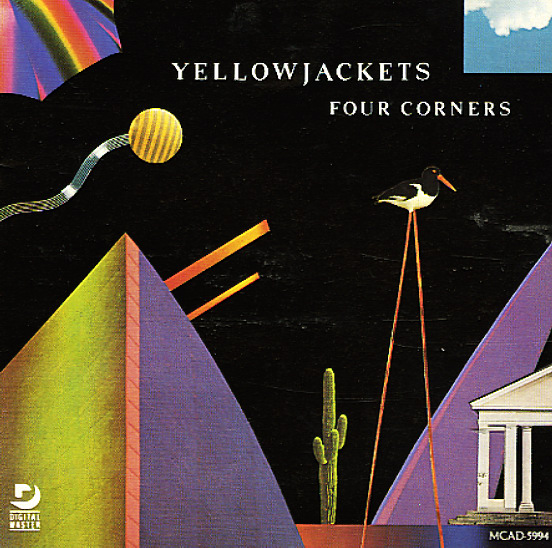 First Cuckoo
MCA, 1975. Near Mint-
LP...$7.99
Key proof that Deodato kept on making great records after leaving CTI Records – and in a way, the kind of set that allowed him a bit more freedom to grow than some of his contemporaries! The vibe here is a bit tighter than before, but in a way that makes many numbers even funkier – ... LP, Vinyl record album

Artistry
MCA, 1974. Near Mint-
LP...$5.99
A live set from Deodato – but one that's very much in the mode of his best CTI studio sessions – with soaring, over the top keyboard work that's totally great – backed by some tightly compressed guitar, bass, and drums, with just enough funk in the mix to keep things interesting! ... LP, Vinyl record album

Street Life
MCA, 1979. Very Good+
LP...$7.99
One of our favorite albums ever from The Crusaders – a set that really sums up all the tightness they'd forged in the 70s, while still showing a new sense of soul and funk as well – expertly balanced with flawless LA production! The album may well be the group's equivalent of a Steely ... LP, Vinyl record album

Guitar Player – An Album of Contemporary Styles By Modern Masters
MCA, 1977. Near Mint- 2LP Gatefold
LP...$6.99
A collection of tunes by jazz guitarists – put together by Guitar Player magazine, and featuring rare tunes by a variety of different players. Our standout favorite is Lee Ritenour's version of "Valdez In The Country" – the great Donny Hathaway funk instrumental, handled here ... LP, Vinyl record album

Southern Comfort
Blue Thumb, 1974. Very Good+ 2LP Gatefold
LP...$7.99
A landmark album from The Crusaders – and a set that really has them sweetening up their groove with lots of tasty R&B touches! The guitar's a bit more pronounced in the mix on this one – setting up some tightly funky rhythms that almost seem to free up the horns even more for solo ... LP, Vinyl record album