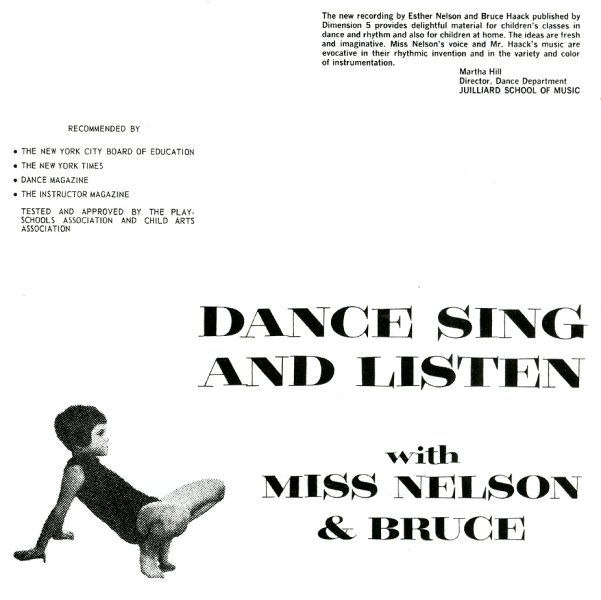 One of the first albums ever made by Bruce Haack – the mad musician who's best known for his electronic work, but who also left behind a huge legacy of self-produced work for children! This album was done in collaboration with Miss Nelson – Esther Nelson, a dance instructor who worked heavily with kids – and it's got a naive, post-beat sort of feel that predates Haack's later hippie work, but which is equally charming. There's some very primitive electronic work on the record, next to odd instrumentation, and some very weird vocals from both Nelson and Haack – aimed at the kids who were the supposed audience for this one, but which make the whole thing sound more like an Ernie Kovacs episode gone mad! Definitely songs in the key of z – with tracks that include "Clap Your Hands", "Sunflowers", "Sailing", "A Stuffy Story", "Pussycats", "Trains", and "My Bones".  © 1996-2022, Dusty Groove, Inc.