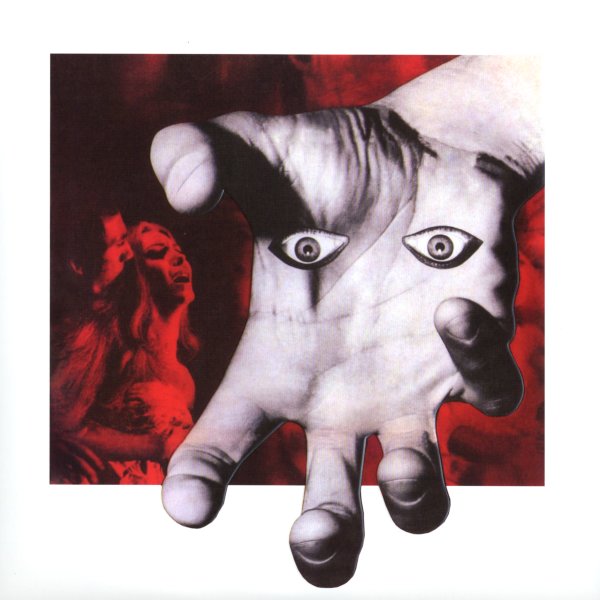 The cover's creepy enough – and the music is too – an instrumentally complicated score – one that features heavy guitars one minute, then strings, then stark, spare instrumentation the next – including weird bass bits and electric harpsichord passages that are very nice! The style is quite unusual for the often-light Riz Ortolani – composer of some of the bigger Italian soundtrack hits of the 60s – with a sound that's quite dark and heavy, very much in the horror mode of Morricone's work of the time. Titles include "Tema D'Amore", "Ballo Al Castello", "Suspence No 5", "Nelle Tenebre", "Incubi", "Ossessione", and "Allucinazioni".  © 1996-2021, Dusty Groove, Inc.
(Limited edition of 500 – on blood red vinyl and in an embossed cover!)

I Due Evasi Di Sing Sing
Sonor (Italy), 1964. New Copy (reissue)
LP...$34.99
An early soundtrack from Ennio Morricone – as you might guess from the black and white images on the cover – and a more unusual setting than some of his famous later work! The movie is a prison comedy, and is handled by Morricone with style that's heavily in the crime jazz side of the ... LP, Vinyl record album