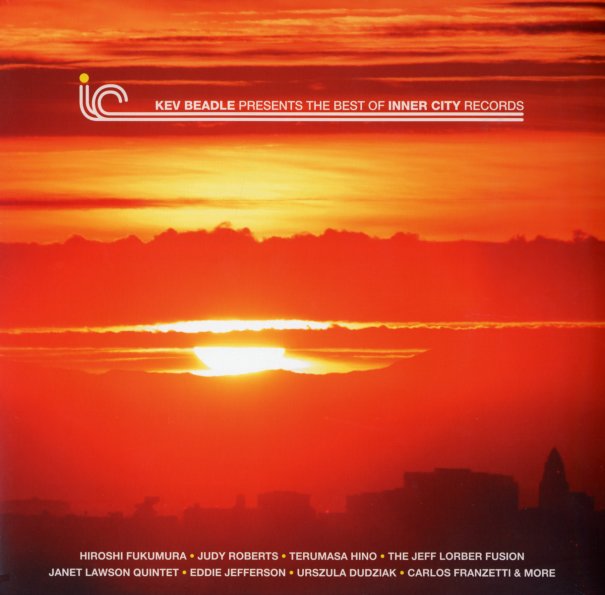 An overdue look at the great range of sounds that came from Inner City Records at the end of the 70s – a hip American indie with a strong specialty in soulful fusion, hip vocalists, and a range of other great styles too – all brought together here by London DJ Kev Beadle! Inner City's often a bit overlooked – as the label flourished most strongly in the years after some of the better-known soulful imprints of the 70s – and the label always had a great ear for new sounds, fresh ideas, and the kind of compelling global elements that often led them to license key tracks from overseas, and bring them to the US market. This collection's heavy on singers – the kind of cool, underground jazz vocalists that Inner City captured so well – and it's also got a nice mix of funky fusion, modal numbers, and spiritual currents – on titles that include "The Other World" by Judy Roberts, "Hunt Up Wind" by Hiroshi Fukumura, "Vera Cruz" by Helen Merrill, "Lucky Southern" by Tom Lellis, "Quickie Nirvana" by Kellis Ethridge, "Samba De La Cruz" by Terumasa Hino, "So High" by Janet Lawson, "The Samba" by Jeff Lorber, "Return Of The Prodigal Son" by Joe Lee Wilson, "Shenkansen" by Urszula Dudziak, "To An Elfin Princess" by Charlie Mariano, "Pandora" by Carlos Franzetti, and "Jennine" by Eddie Jefferson.  © 1996-2021, Dusty Groove, Inc.

Get Down With The Philly Sound – A Very Special Collection By Dimitri From Paris
BBE (UK), Mid 70s/2010. Used 2 CDs
CD...$28.99
DJ and dancefloor soul authority Dimitri From Paris both compiles and reworks classic bits of disco greatness from the vaults of Philadelphia International – quintessential grooves that are not only top notch examples of the Philly disco soul sound of the era – they're also integral to ... CD