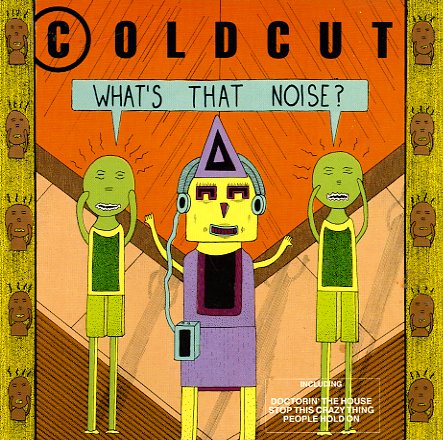 The first full length from Cold Cut, with their big hits "people Hold On" and "Doctorin' The House", plus their other cut and paste and house and hip hop crossover numbers, like "Fat (Party & Bullsh*t)", "theme From 'Reportage'", "Stop This Crazy Thing" and "What's That Noise?".  © 1996-2021, Dusty Groove, Inc.
(US pressing on Tommy Boy, includes the printed inner sleeve.)