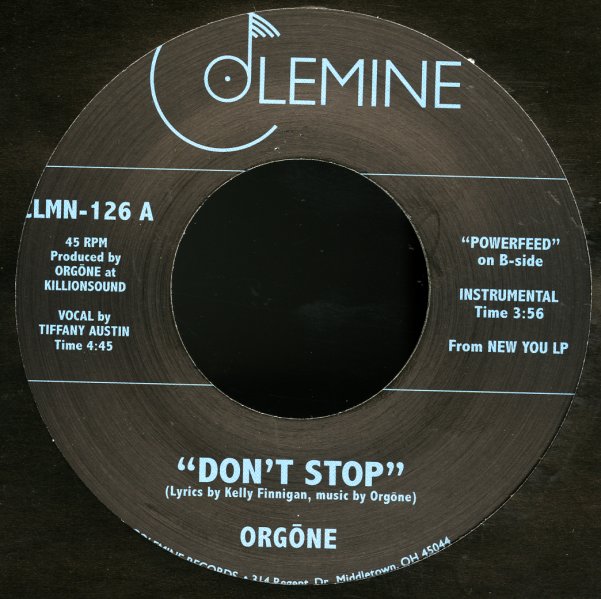 A killer jam from Orgone – like a lost funky gem from the immediate post disco/nascent boogie funk years! Don't worry, "Don't' Stop" is not a indie funk version of the Fleetwood Mac tune, but a tight little tune with a killer bassline, tight drums, and some great soul vocals Tiffany Austin! The flip is a slightly spacey instrumental that peaks with some funky flute.  © 1996-2021, Dusty Groove, Inc.