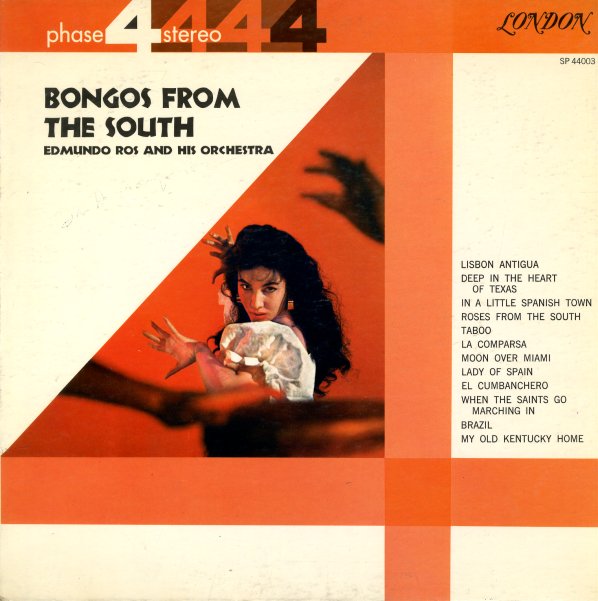 Bongos From The South

This Time With Strings
Coral, Mid 50s. Very Good+
LP...$18.99
Not as freewheeling as some of Raymond Scott's earlier work, but still quite nice – a set that features added strings in the mix, but used with a sound that's every bit as wild and dynamic as some of Scot's small combo recordings! A few of the tunes are familiar Scott classics, others are a ... LP, Vinyl record album

Moog – The Electric Eclectics of Dick Hyman
Command, Late 60s. Very Good Gatefold
LP...$9.99
One of the coolest, grooviest moog albums you'll ever hope to buy – a wonderful foray into the new world of synthetic sounds, done by pianist Dick Hyman – who was working in a straight jazz format just a decade before! Dick turns out to be a wonderful talent on the moog – very ... LP, Vinyl record album