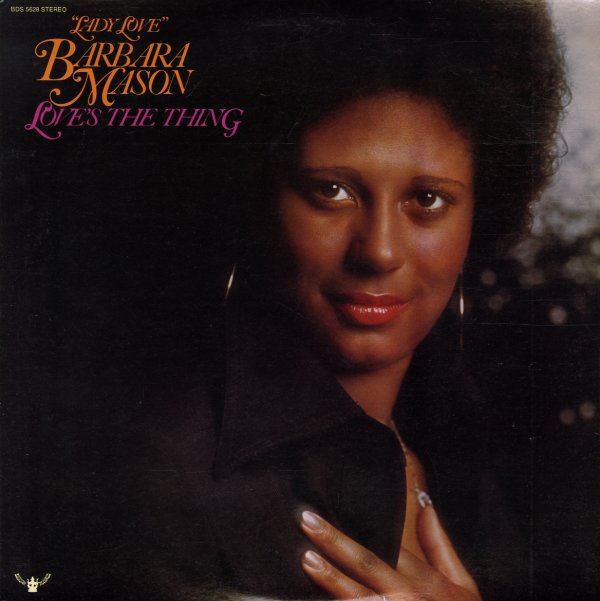 Also available
Barbara Mason — Love's The Thing ... CD 7.99
A really great step forward for Barbara Mason – a record that's got her working in a more mature mode than before, and a deeper soul style as well! One of the bigger developments of Barbara Mason's career was her participation in the "answer song" cycle that circulated around Shirley Brown's hit song "Woman To Woman". On this southern-tinged album, Barbara answer's Shirley's hit with the cut "From His Woman To You" – in which "the other woman" calls back the snooping wife, and tells her how much control she's really got over her husband! The cut was one of Barbara's biggest from the time, and the whole album's got a similar feel – almost Stax-like in quality, with production by Don Davis. Plus, a fair bit of the songs even seem to contribute to the "other woman/his woman" theme – including "Shackin Up", "So He's Yours Now", "(He Wants) The Two of Us", and "(There's) One Man Between Us". All this makes for a great album – one with a sophisticated approach to loving and living – content that gives Barbara one of her best albums ever!  © 1996-2023, Dusty Groove, Inc.