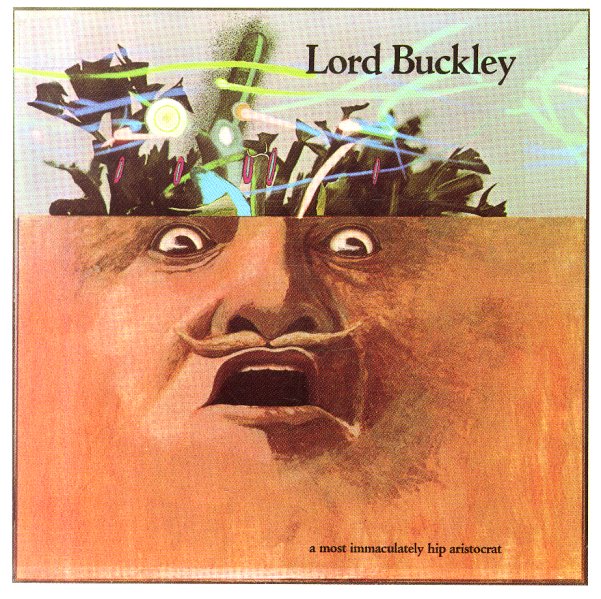 One of the strongest recordings ever made of the mad mad Lord Buckley! The album was issued in the late 60s for Frank Zappa's Straight label – but it features material recorded more than a decade before – at a time when Buckley was still alive, and one of the most bad-rapping comedian's to ever hit a stage. The approach is somewhat freer than some of Buckley's earlier sides – allowing the ersatz comedian a chance to really riff on a variety of subjects – talking with almost a jazz improvisational energy, in the way that made him a big favorite for the beat generation. The overall nature of the record is kind of hard to pin down – as it's not really comedy, just more of a freewheeling spoken session that's a bit jive, a bit beatnik, and plenty darn crazy! Titles include "The Raven", "The King Of Bad Cats", "Governor Slugwell", and "The Hip Einie".  © 1996-2021, Dusty Groove, Inc.
(Original pressing.)

Best Of Lord Buckley (Crestview)
Crestview, 1951. Very Good
LP...$13.99
Lord Buckley's rare early recordings for the Vaya label in LA – groundbreaking sides that predated most comedy albums, and which also had a huge influence on the spoken word recordings of the beat generation! The tracks were recorded live, with Buckley talking in a mixture of jive and ... LP, Vinyl record album

Best Of Lord Buckley (Elektra)
Elektra, 1951/Late 60s. Very Good+
LP...$6.99
Lord Buckley's rare early recordings for the Vaya label in LA – groundbreaking sides that predated most comedy albums, and which also had a huge influence on the spoken word recordings of the beat generation! The tracks were recorded live, with Buckley talking in a mixture of jive and ... LP, Vinyl record album