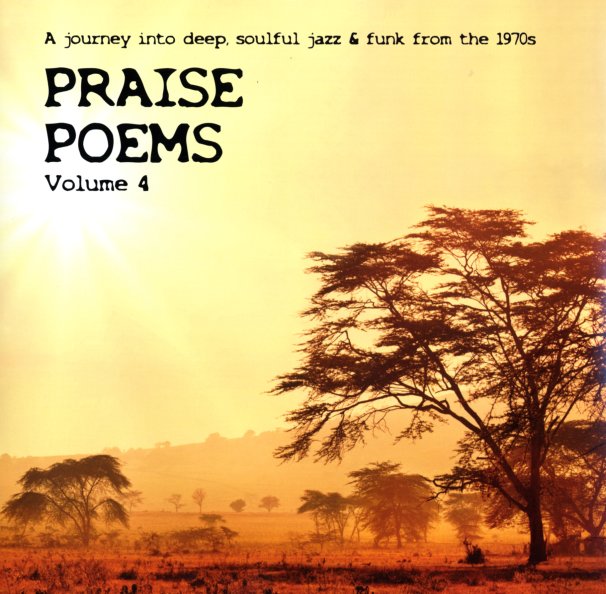 Funky folk, jazzy soul, and lots more righteous sounds from the 70s – all served up here in a massive fourth volume of this wonderful series! Praise Poems virtually defines a genre unto itself – music that's between spaces, scenes, and styles – and which borrows from the best around the edges, then makes something rich and new in the process – as you'll hear from the assortment of ultra-rare cuts on the set! This is music we never would have discovered otherwise – and we dig through a lot of obscure indie records from the 70s – and the way the tunes work together is perfect, and really presents a color-blind approach to the new range of hip sounds that was bubbling in the underground in the years after the summer of love. And don't let the new age-styled cover put you off, because the music definitely has a bite – on titles that include "You Need Love" by The PTS, "Goodbye Rainbow" by Michael Dues, "He Is Gone" by Scott Williams, "Black Child" by Morris Dow & Eastern Sound, "Sittin High" by Joe Lee Wilson, "Swingin The Down Home Blues" by Tommy Palmer Trio, "Iceland Land Of The Micemen" by Nicodemus, "Bamboo & Rice" by Bill Osborn, "Muddy Water" by Arrie Mae Morton Trio, "Moon Child" by Scott Cunningham Band, and "Herby's Tune" by The Three Souls.  © 1996-2023, Dusty Groove, Inc.