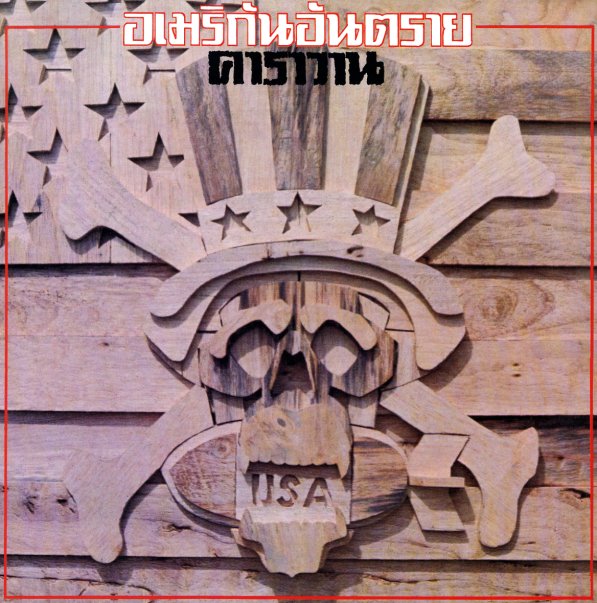 Not the Caravan group of Brit jazz rock fame, but a later Thai combo – working here in sharp protest of American military action in Southeast Asia during the 70s! The set's got a really unique regional flavor – a folksy blend of acoustic instruments and voices that often has guitar coming into play with violin, mouth organ, and flute – all to provide a hypnotic backdrop for the Thai language lyrics of protest! The album's got a compelling quality that goes way beyond the boundaries of language – possibly a bit more restrained than American protest records of the time, but still bold enough to get plenty of copies of the record (and the master tapes) destroyed by the repressive government of the time. Titles include "Up Raising", "Dangerous American Words", "Mr Kaum", "Come Together", "Common Please", and "Letter From Farmer".  © 1996-2021, Dusty Groove, Inc.
(2013 reissue on Strawberry Rain. Includes the insert.)